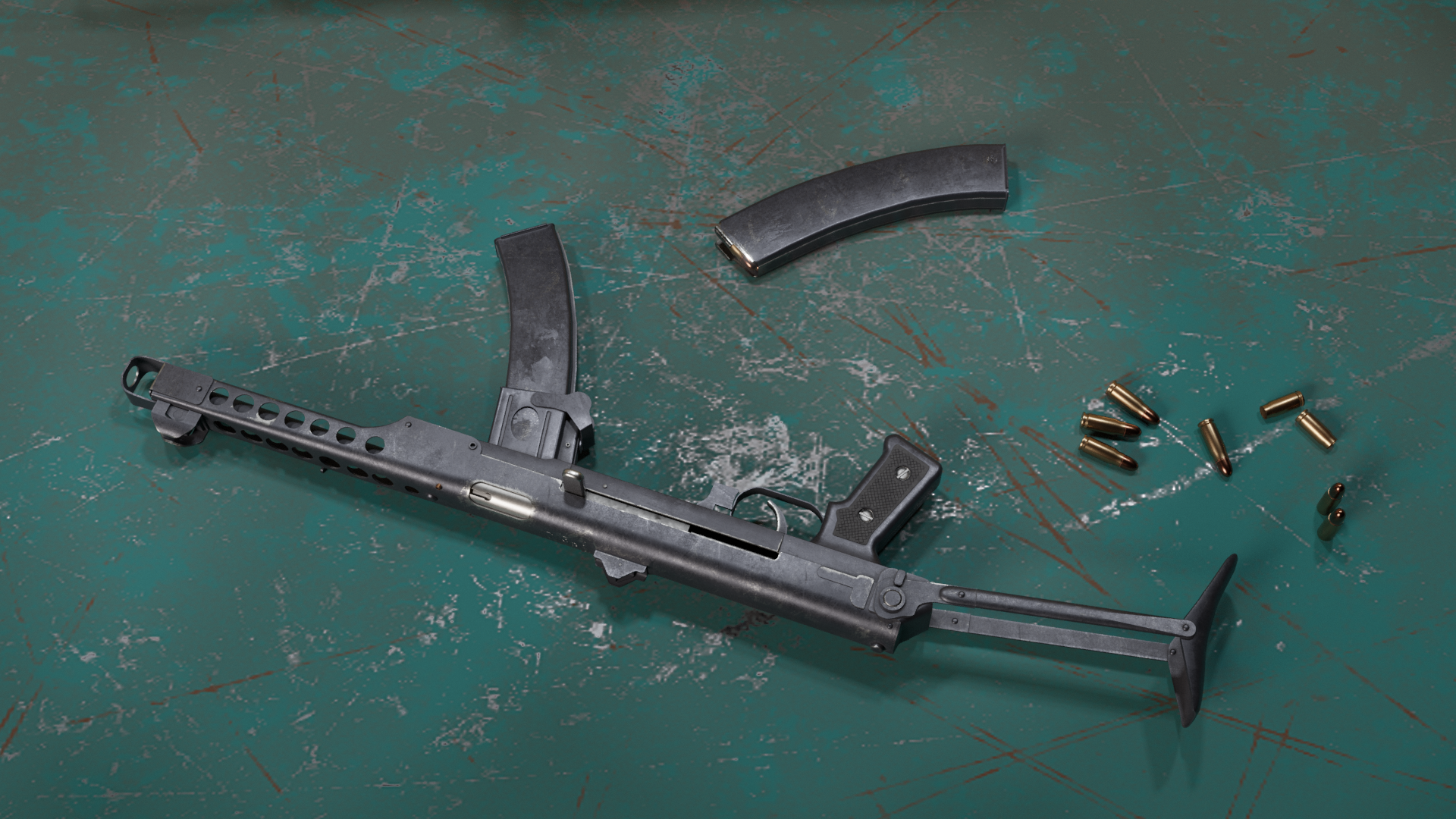 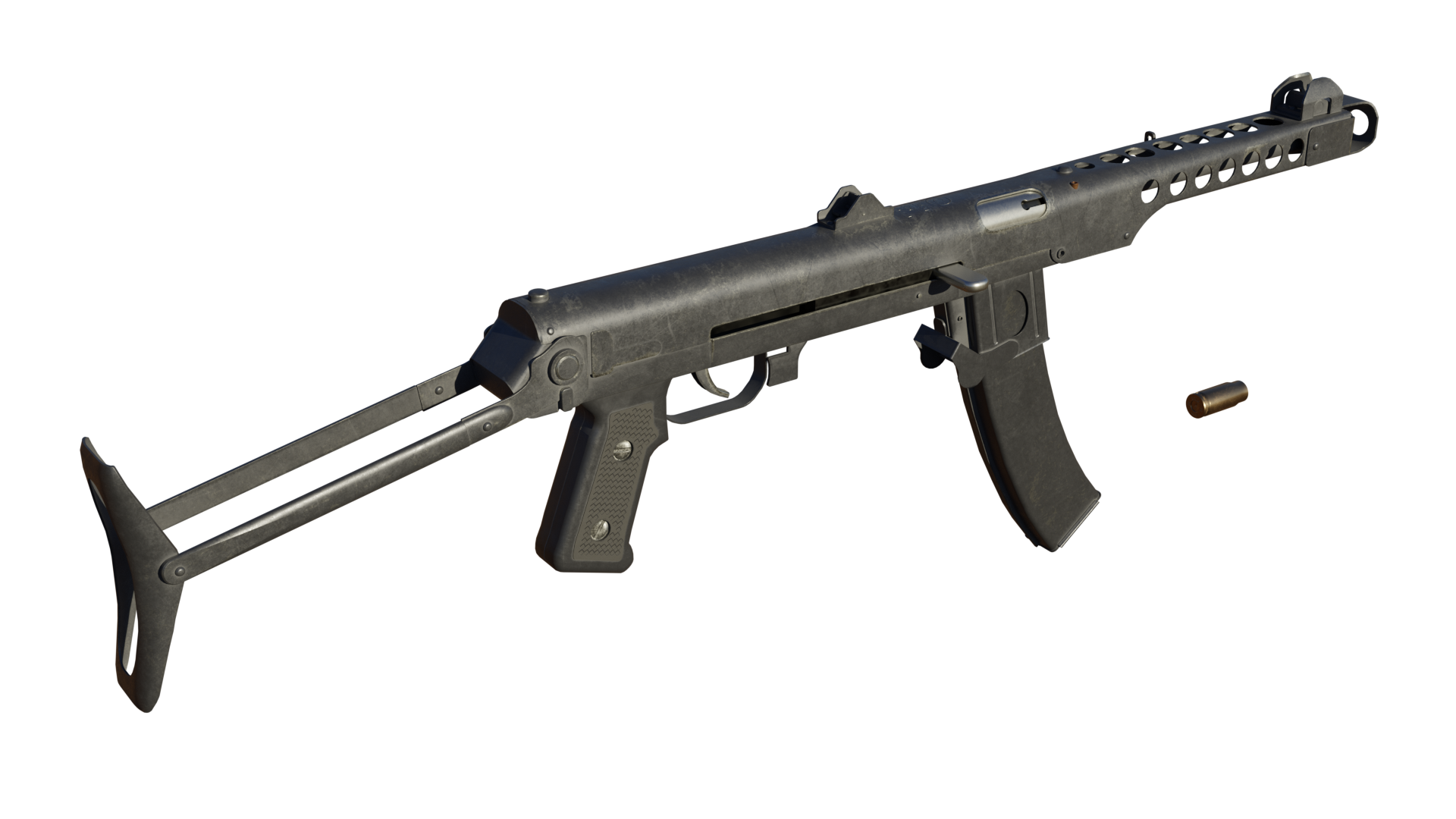 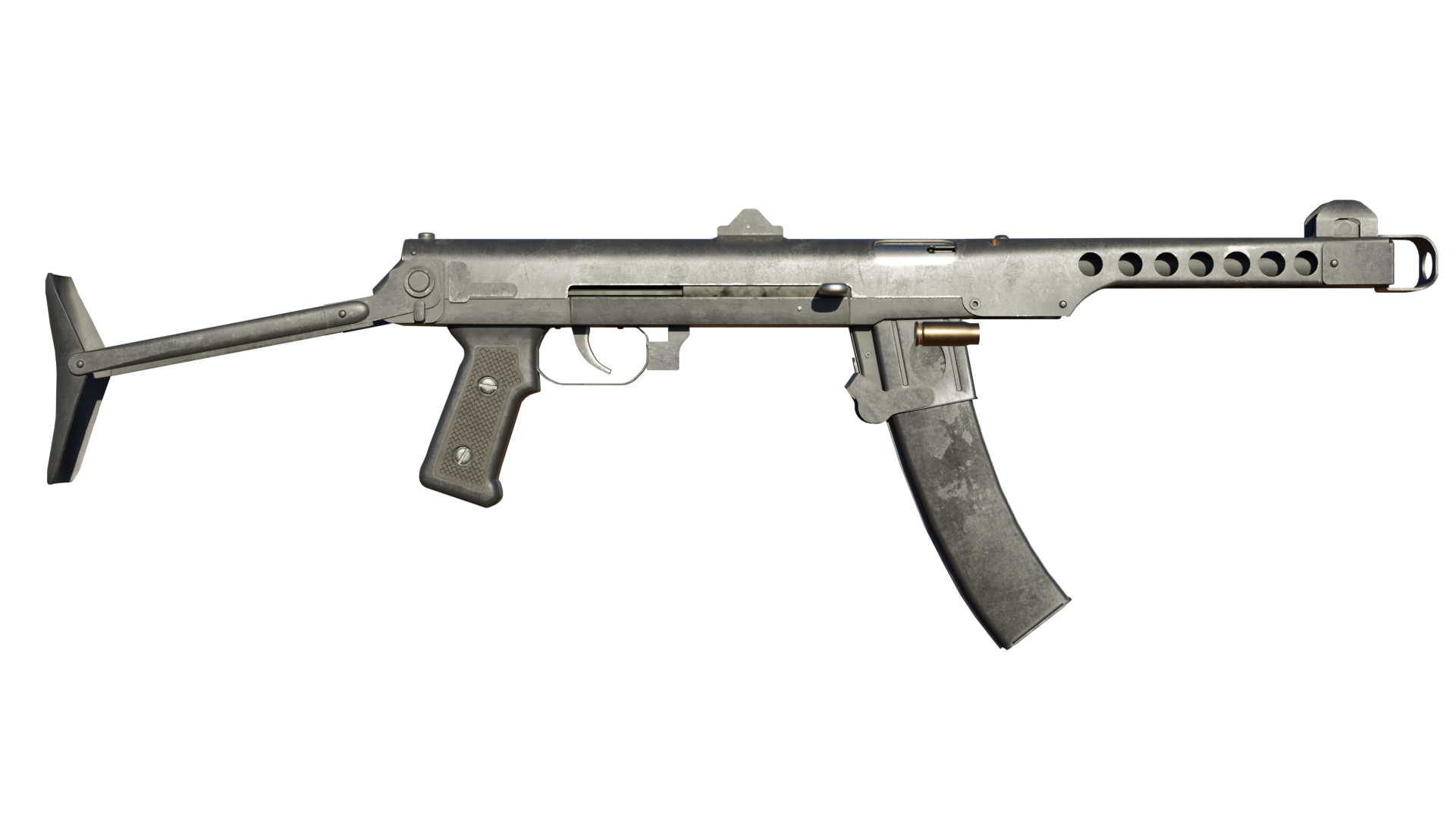 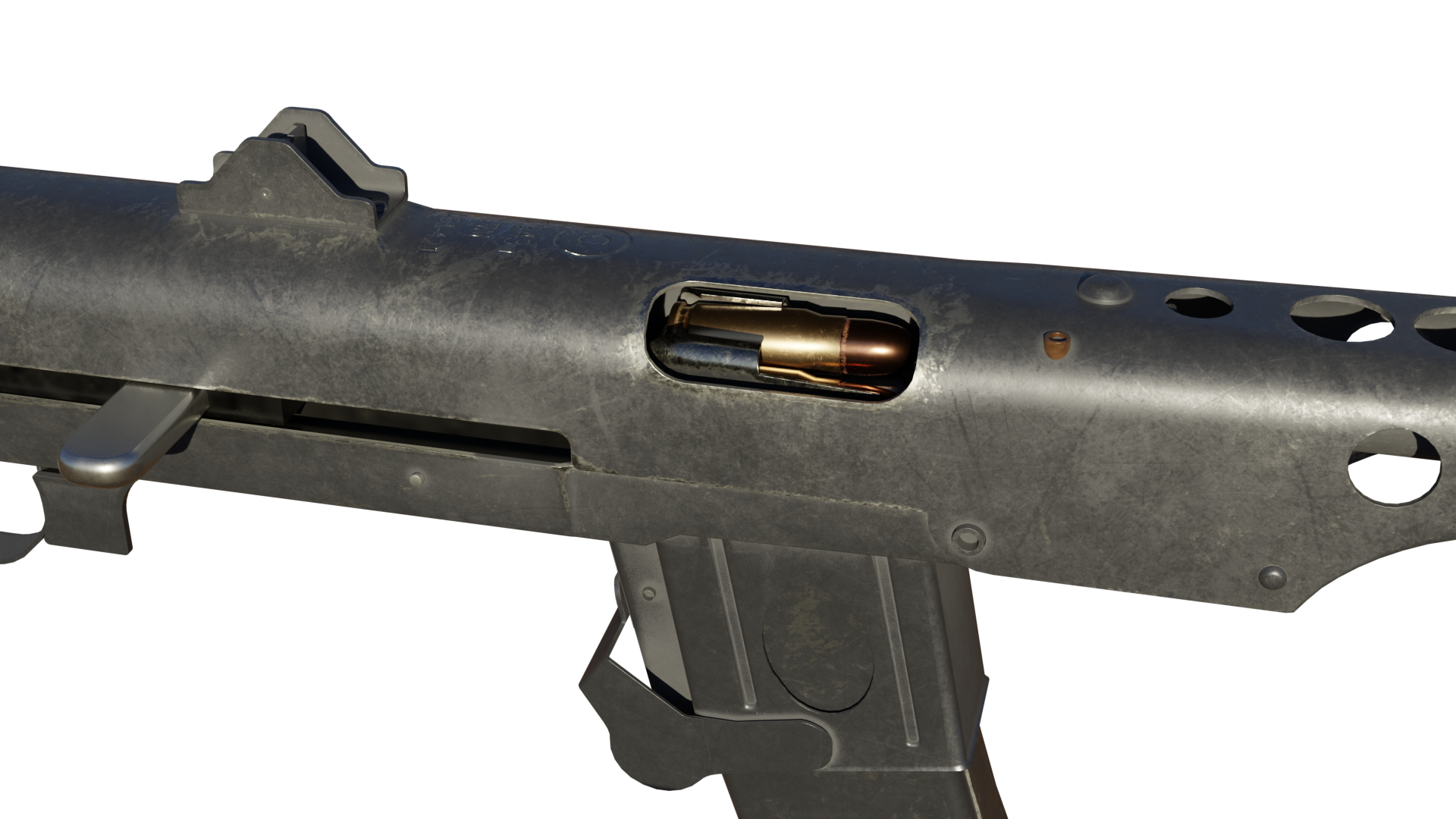 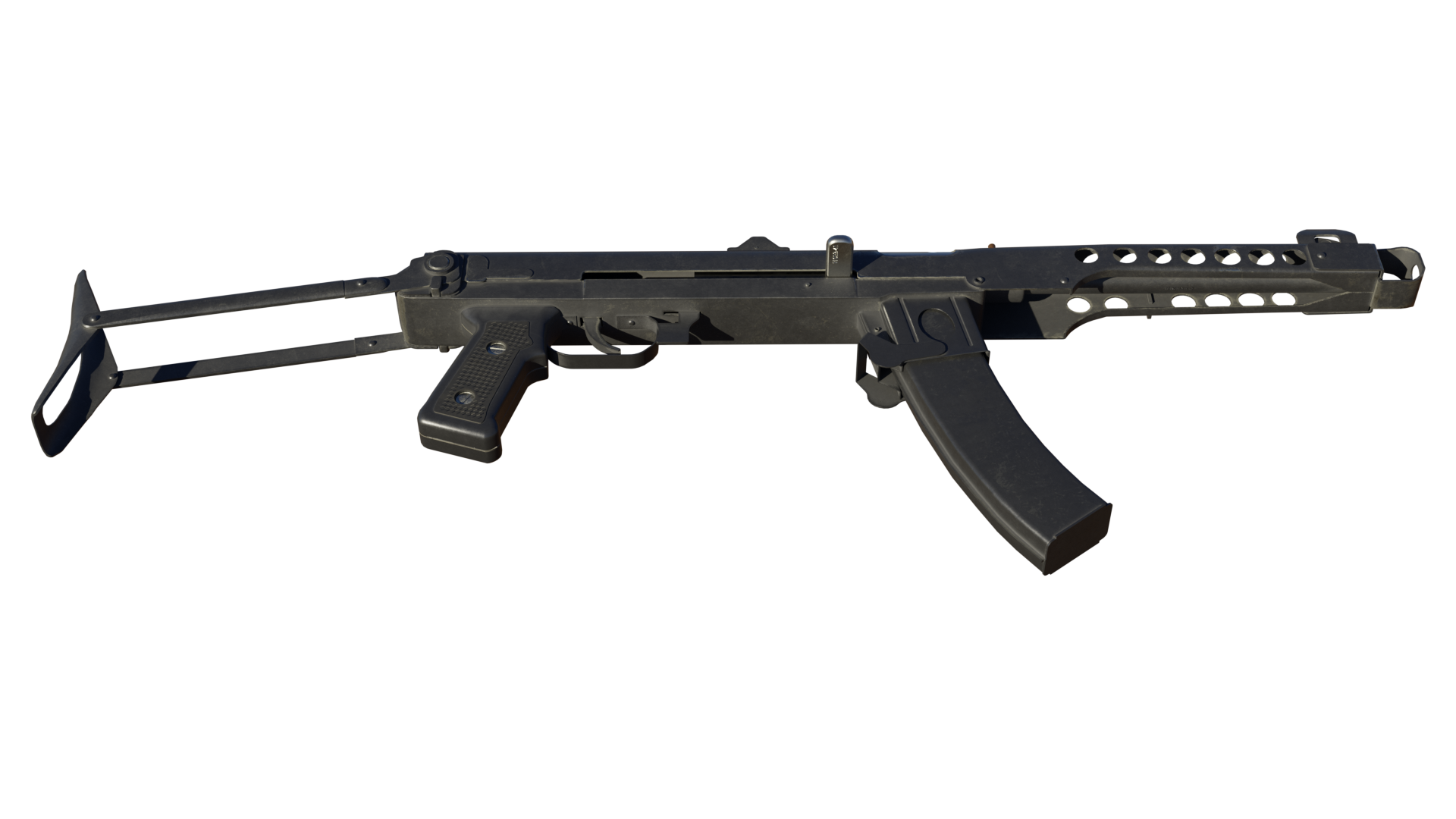 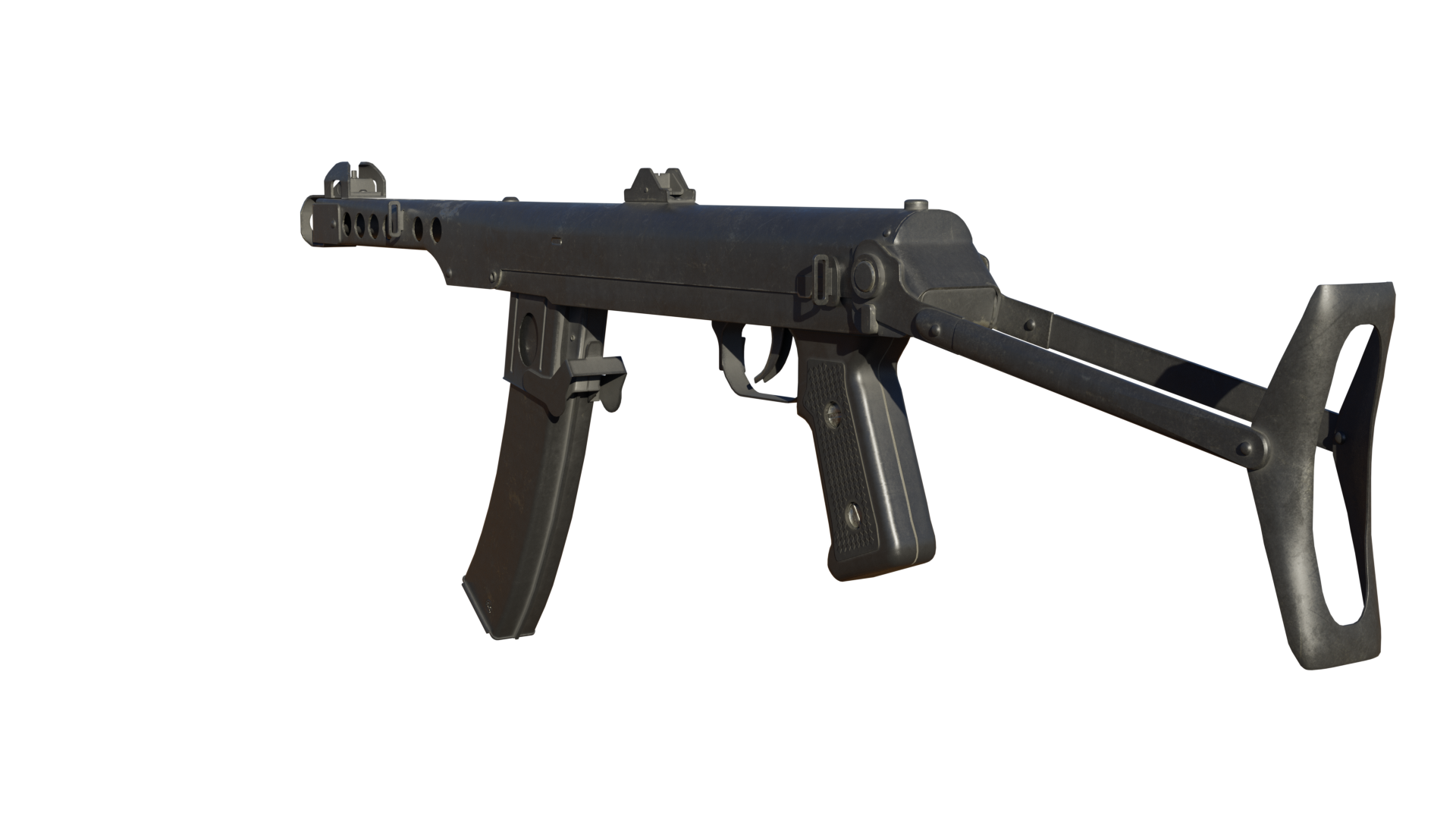 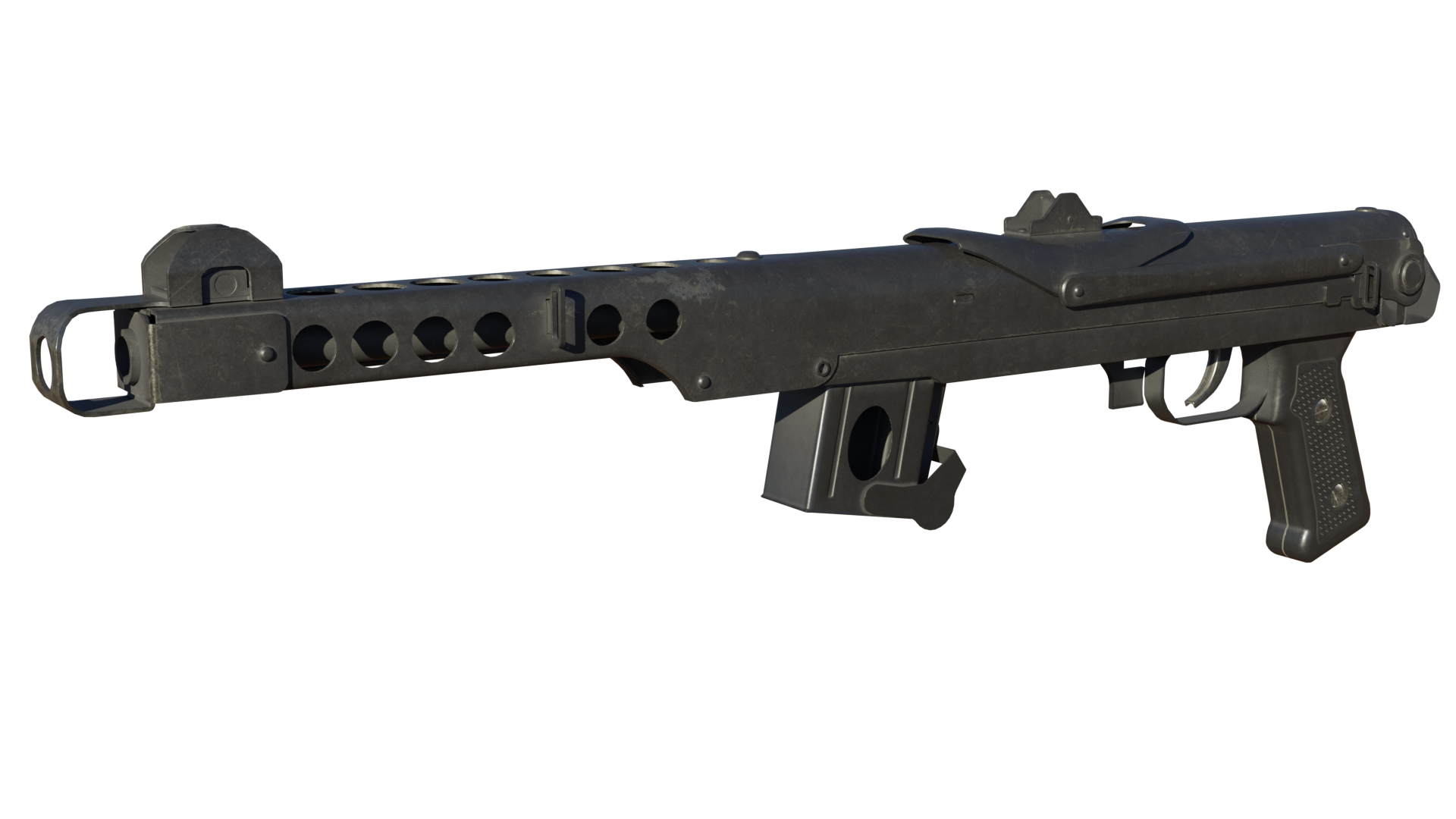 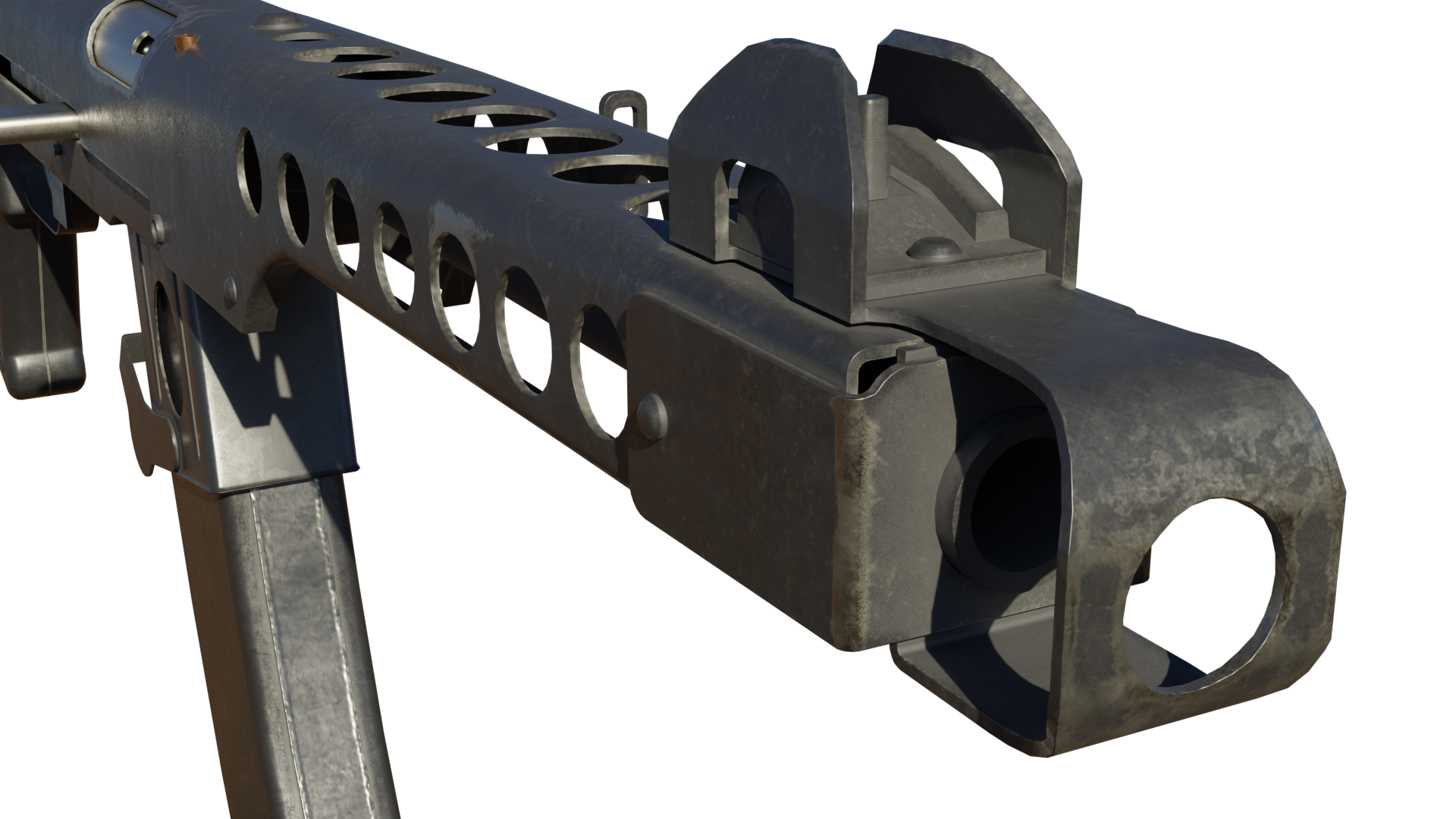 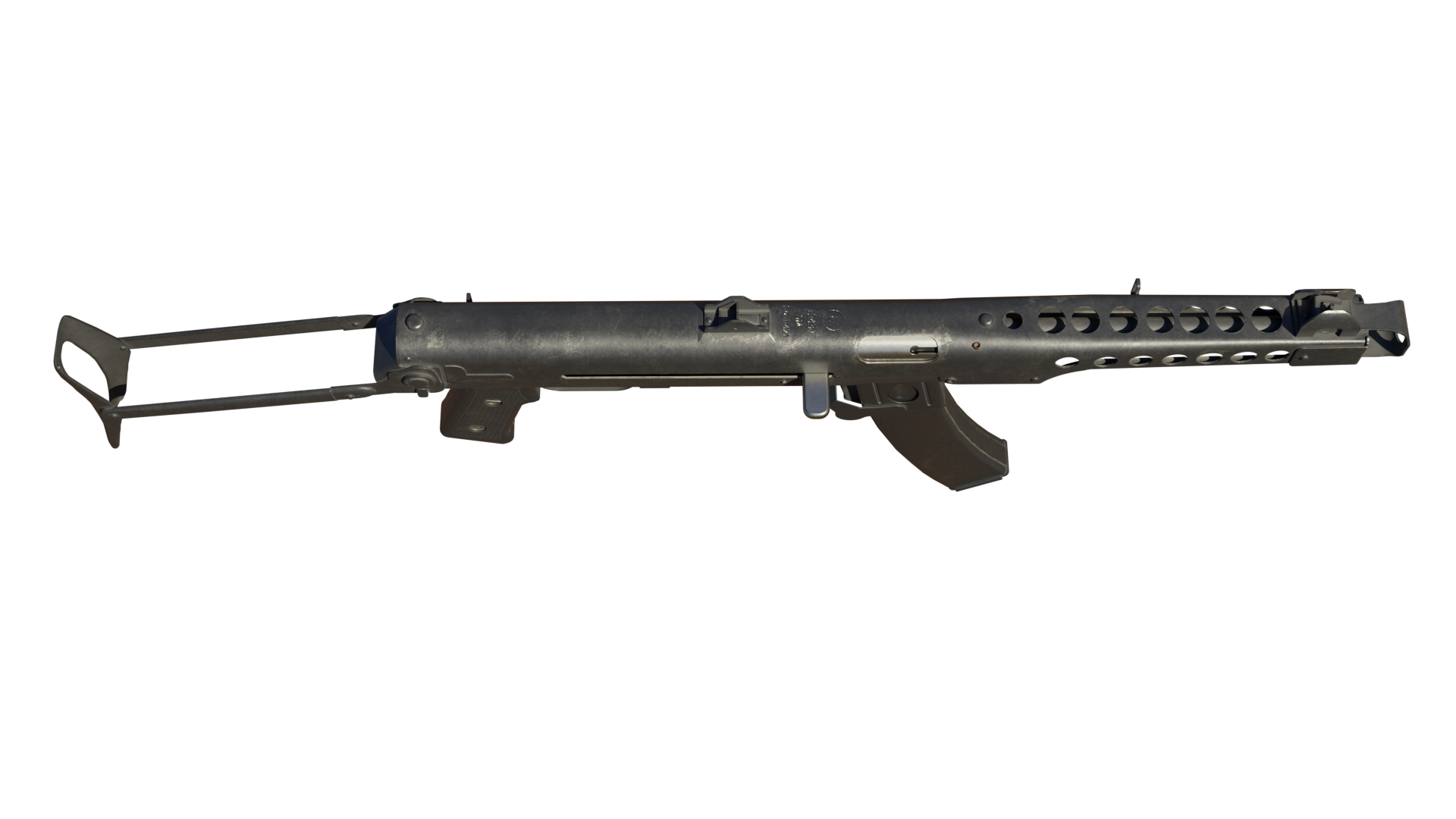 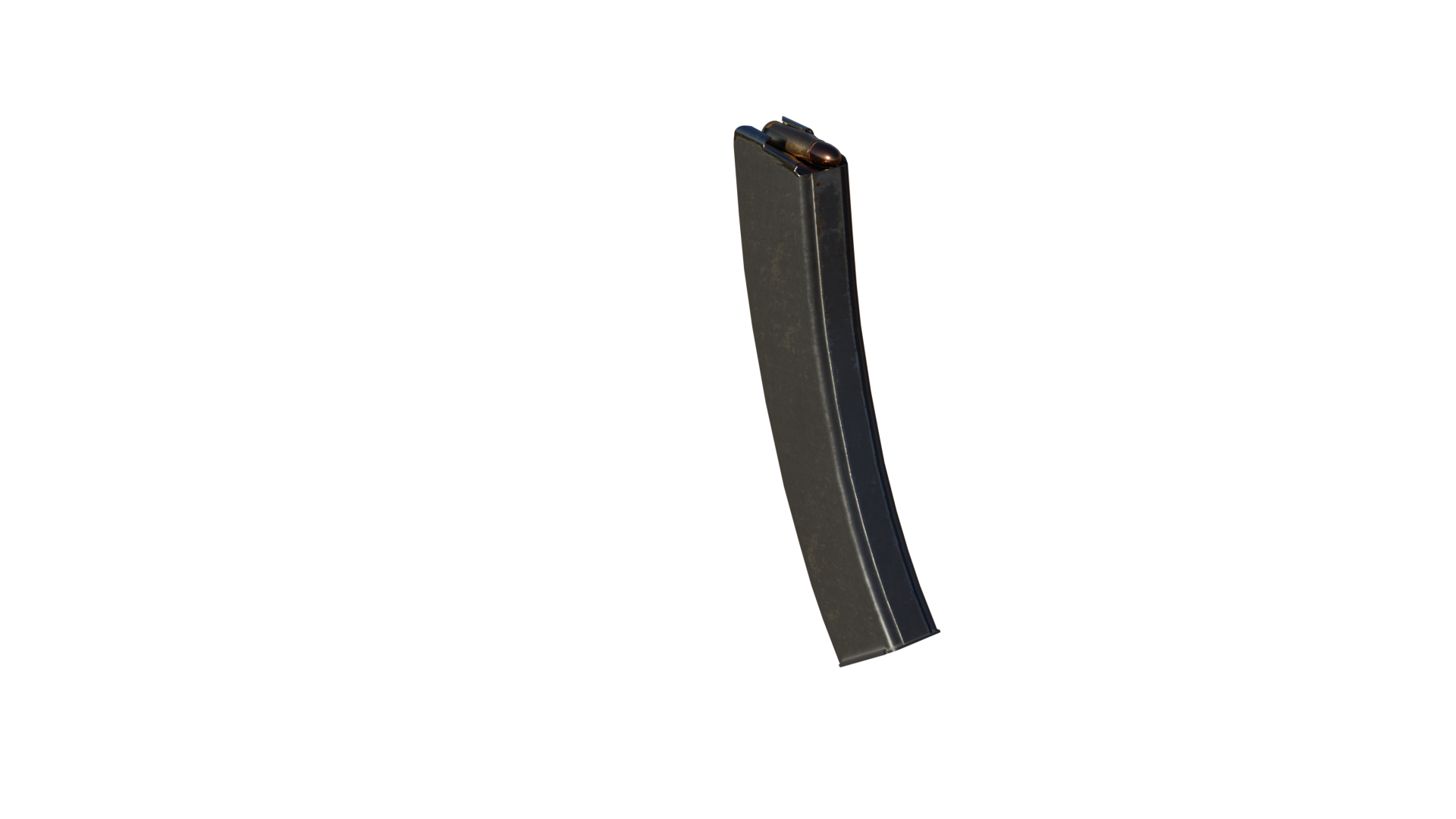 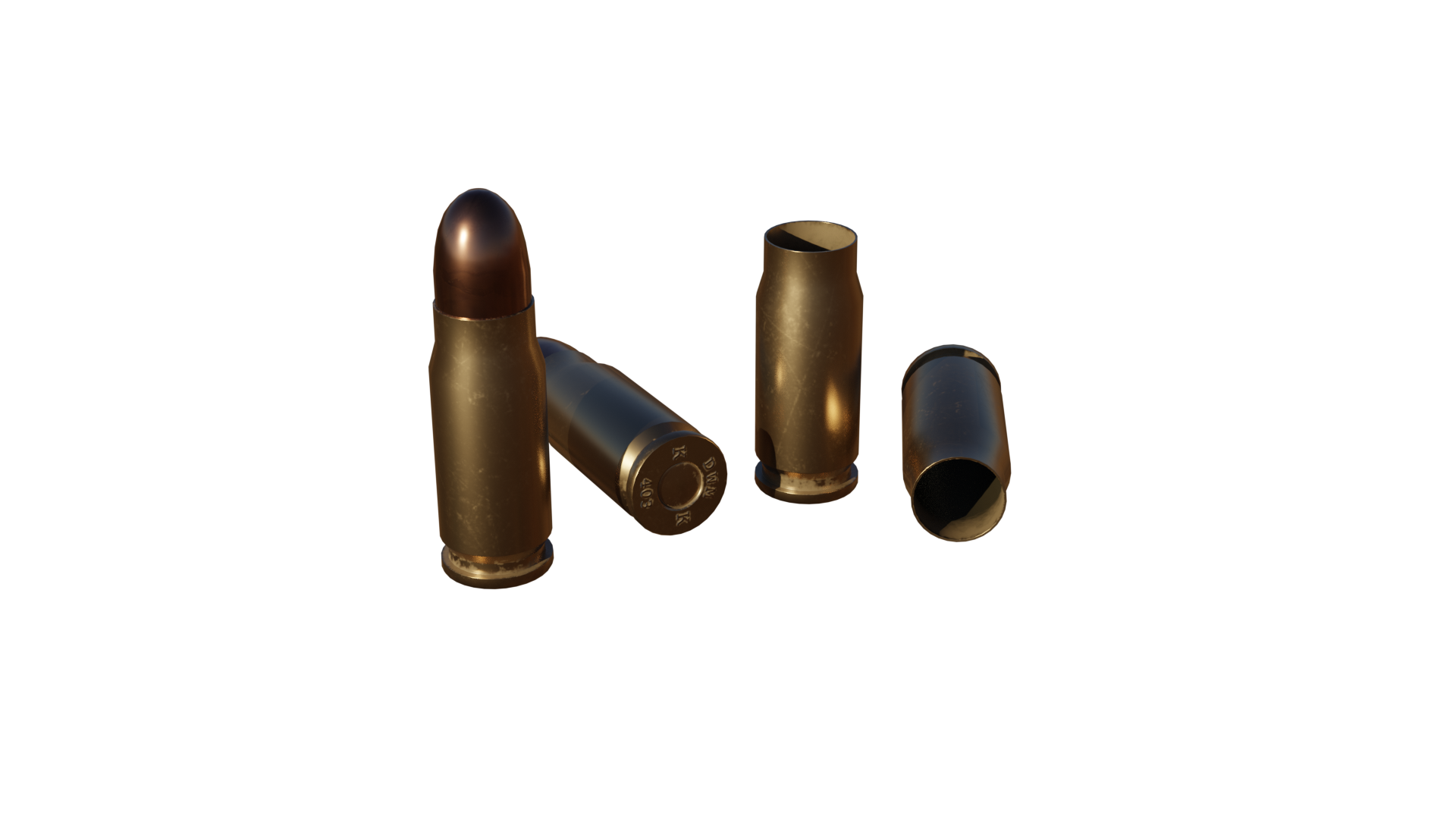 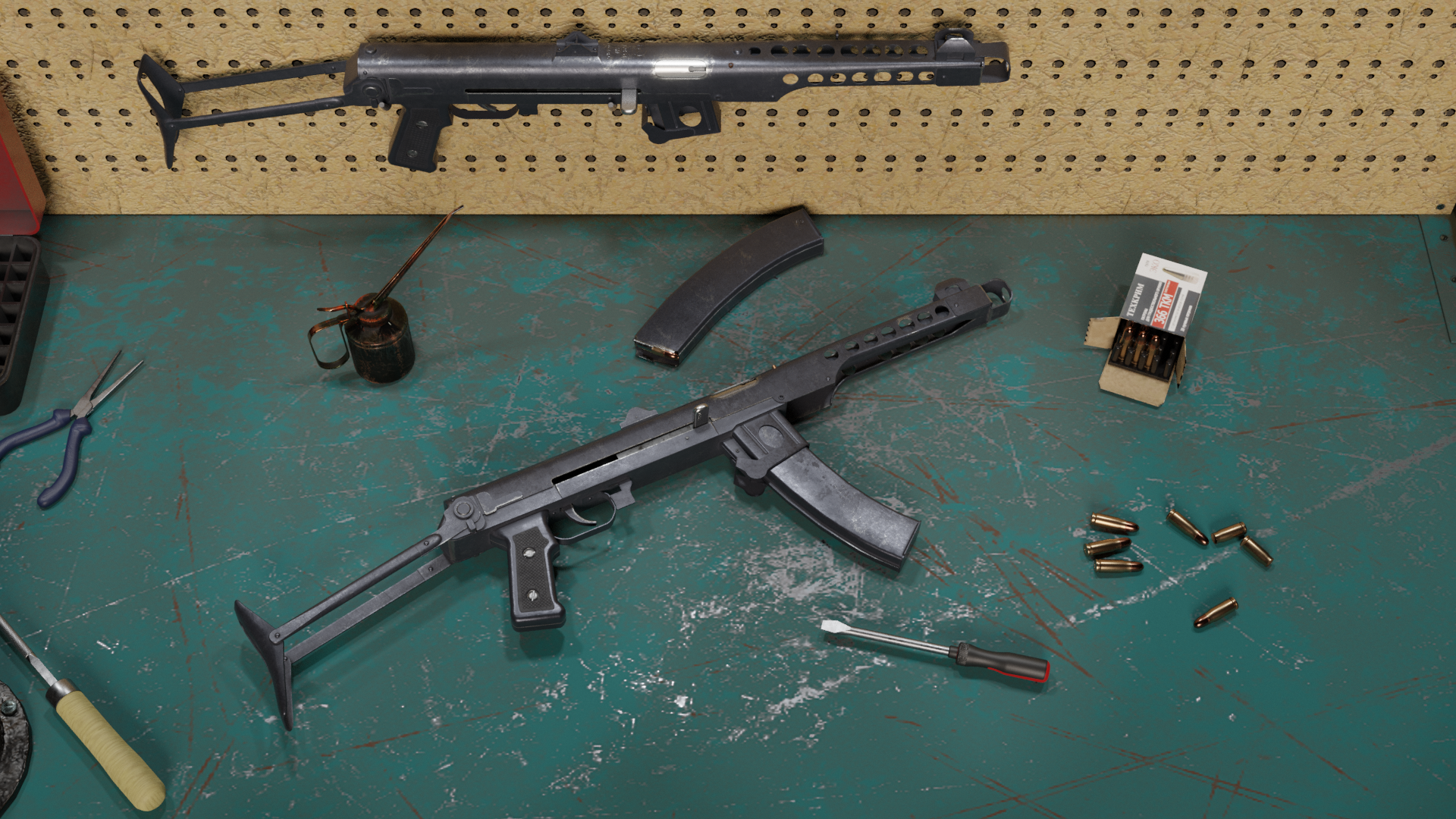 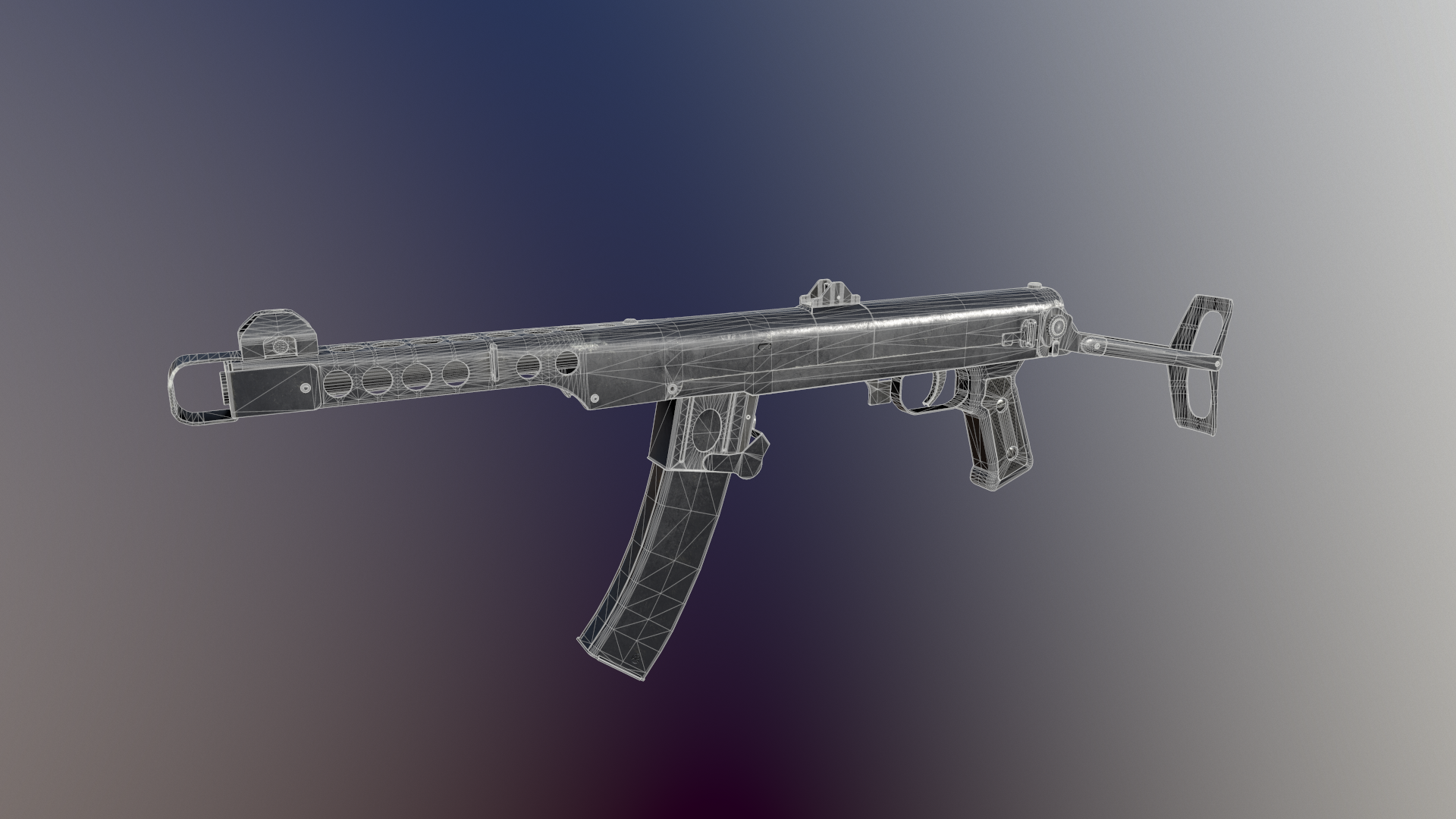 This is the PPS 43 3d model, originally created in Blender and rendered with Cycles.
Bones have been added for ease of control in .blend format.

The PPS 43 is a family of Soviet submachine guns chambered in 7.62×25mm Tokarev, developed by Alexei Sudayev as a low-cost personal defense weapon for reconnaissance units, vehicle crews and support service personnel.
The PPS and its variants were used extensively by the Red Army during World War II and were later adopted by the armed forces of several countries of the former Warsaw Pact as well as its many African and Asian allies.

- Model has clean topology and geometry:

Textures are 4096x4096 resolution and come in PNG format.