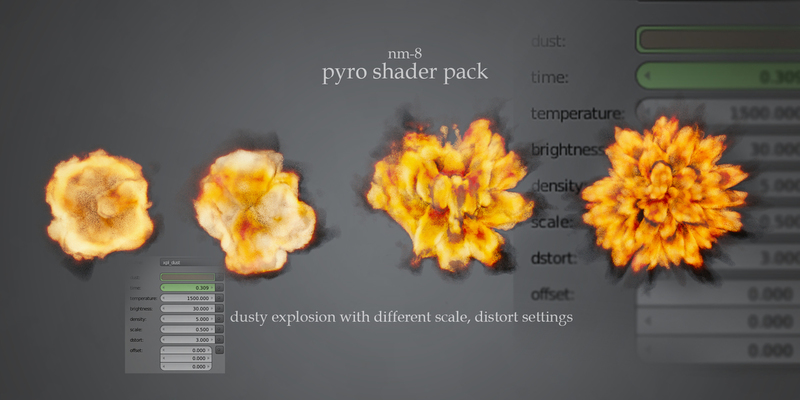 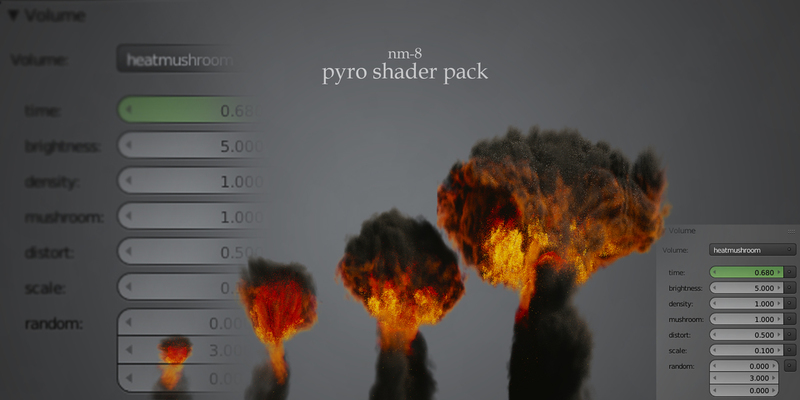 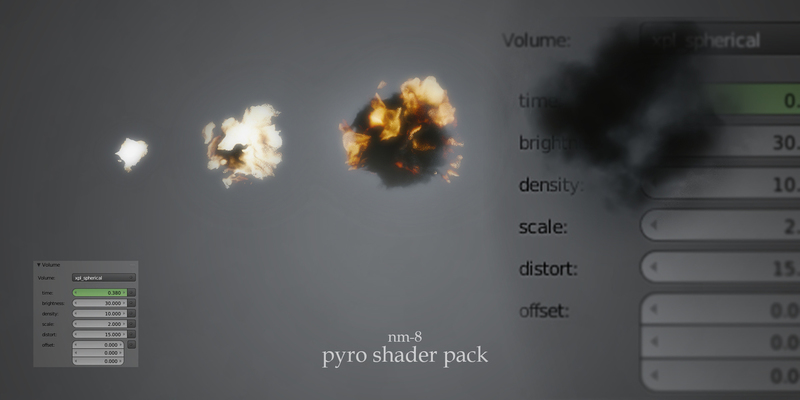 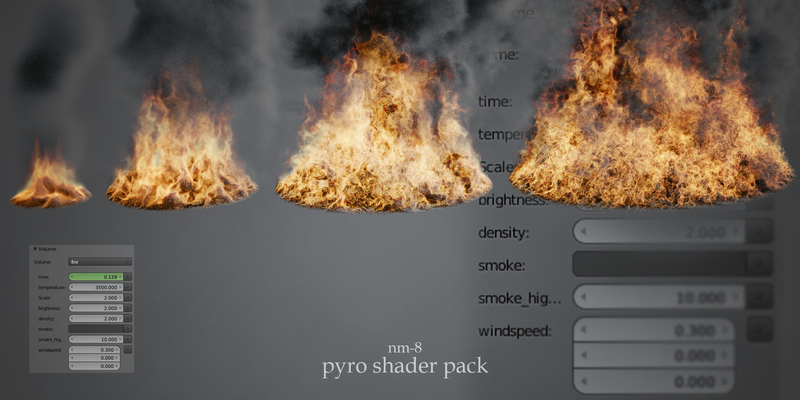 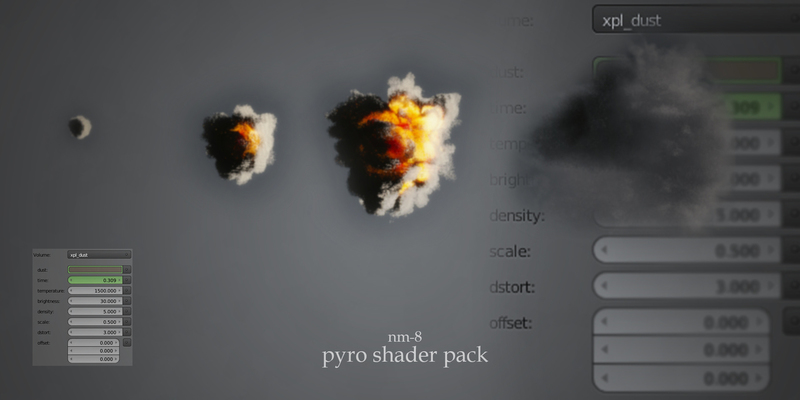 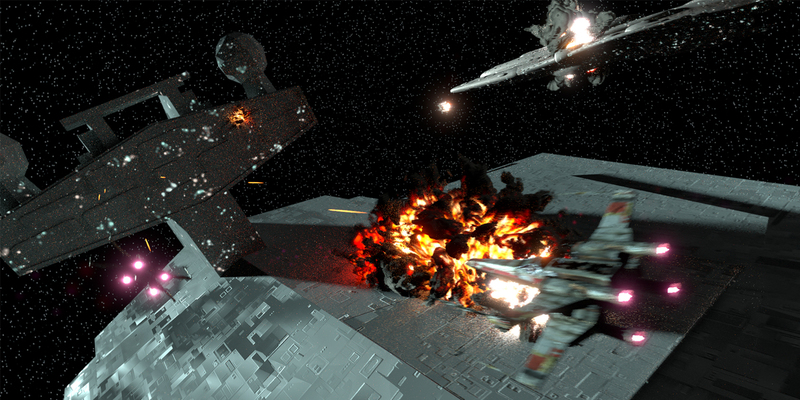 Here's a group of explosion assets to enrich your scenes of devastation with a few clicks. Giving instant feedback because it is a shader, not a dynamical simulation. Therefore you can adjust the look directly at any certain time, without running a simulation.

Creating good explosions in Blender is not an easy task. It takes smoke simulation, generating huge amount of cache-files and particle simulation, to control the dynamic shape of fire and smoke. It's a very indirect workflow, giving visual feedback only after the simulations were run. that's time consuming.

The pyro shader pack uses custom volume shaders to quickly generate explosions. So it lets you append an explosion model, and directly adjust its parameters in the material panel, with instant feedback. Each shader was built with a broad spectrum of looks, based on some simple physical parameters, like scale, density and distortion. To look physically accurate their colors are made by a blackbody node, that uses a temperature as input, but each shader has a color- and density-output also, so that you can use these values in further nodes.