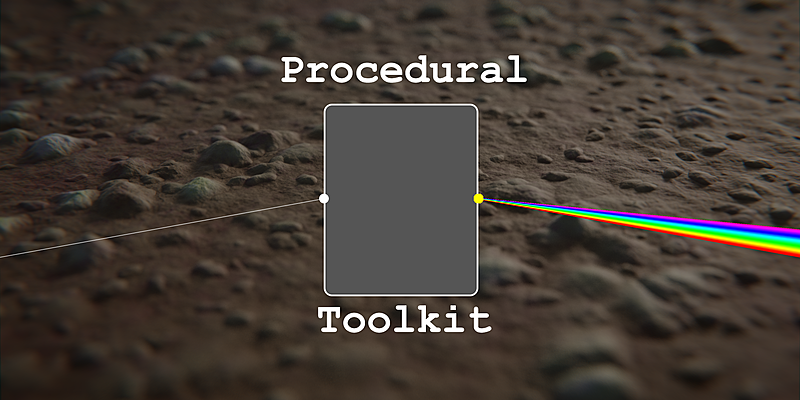 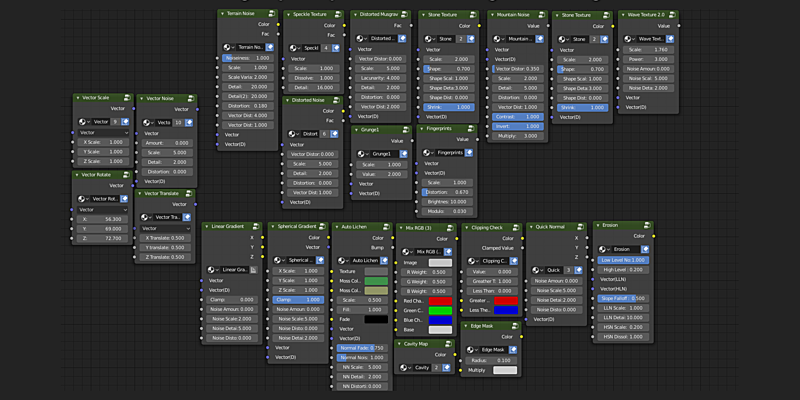 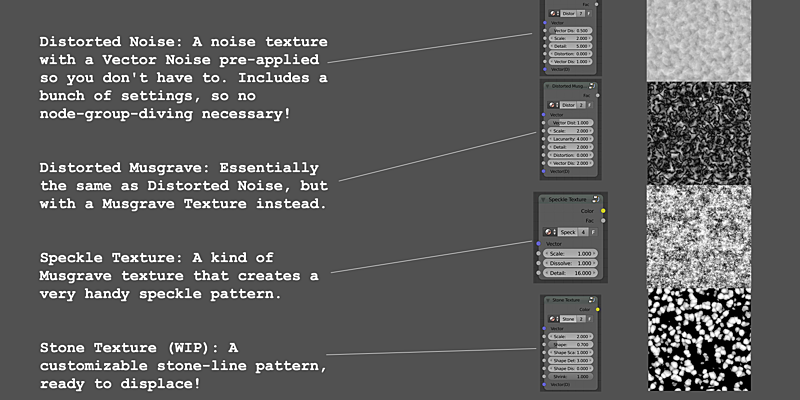 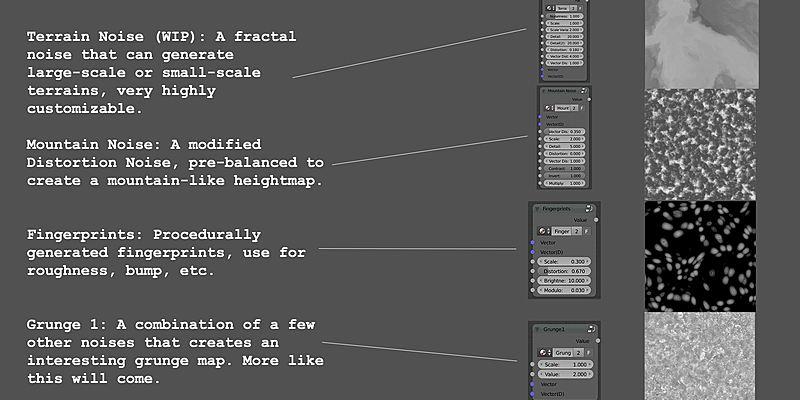 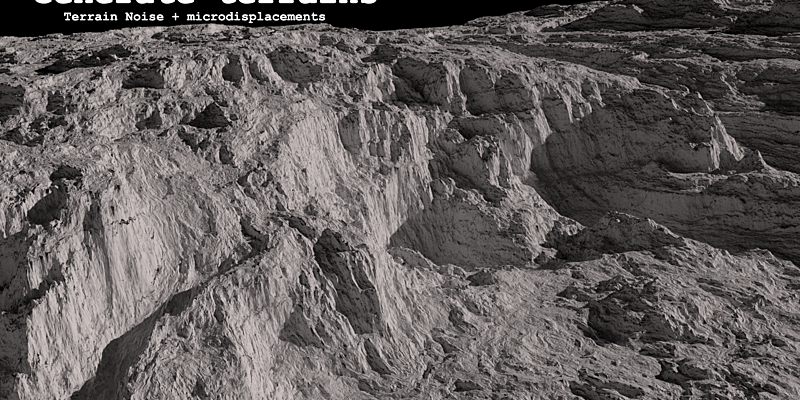 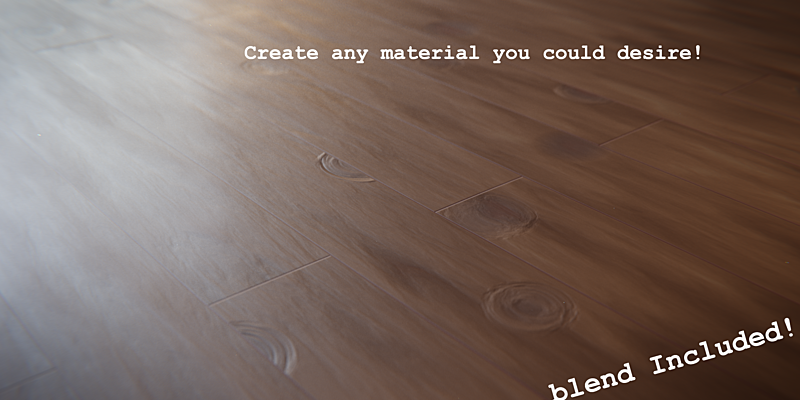 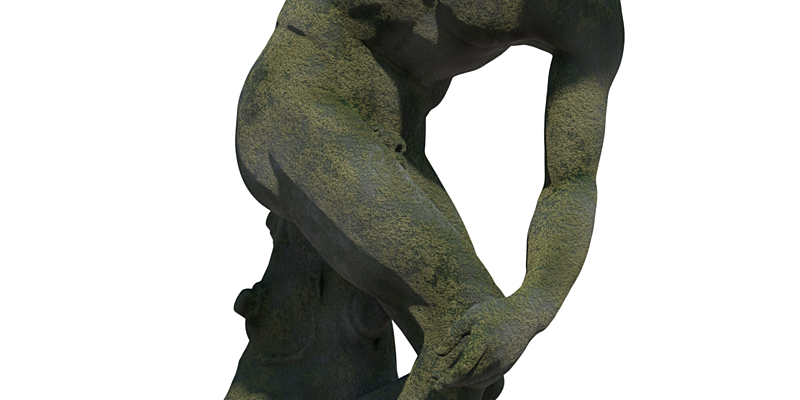 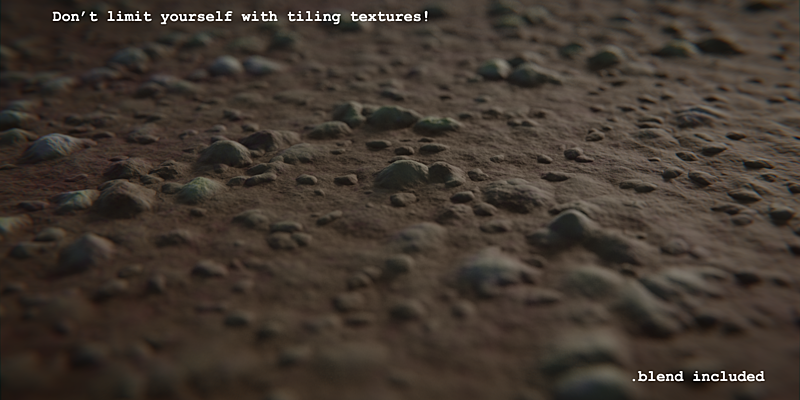 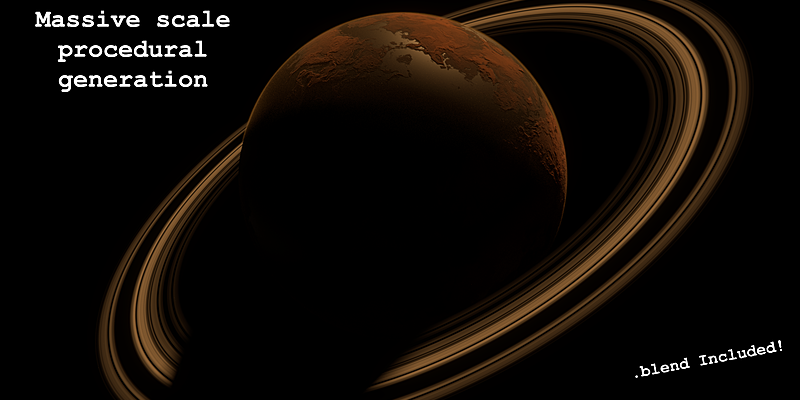 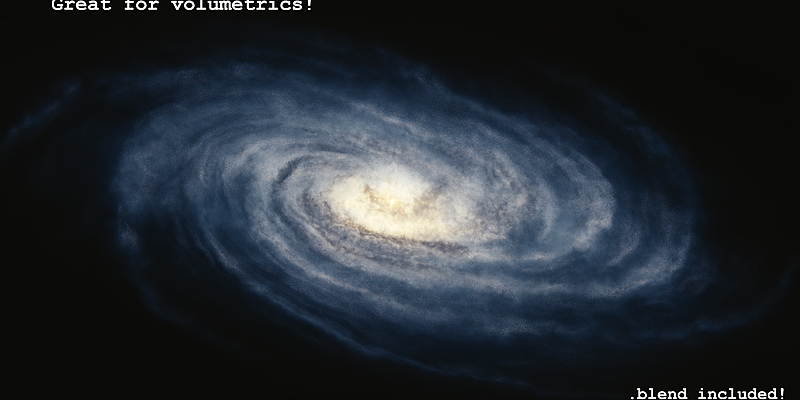 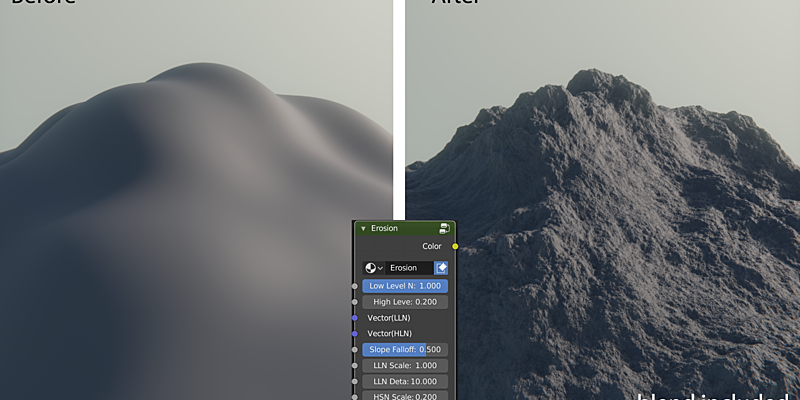 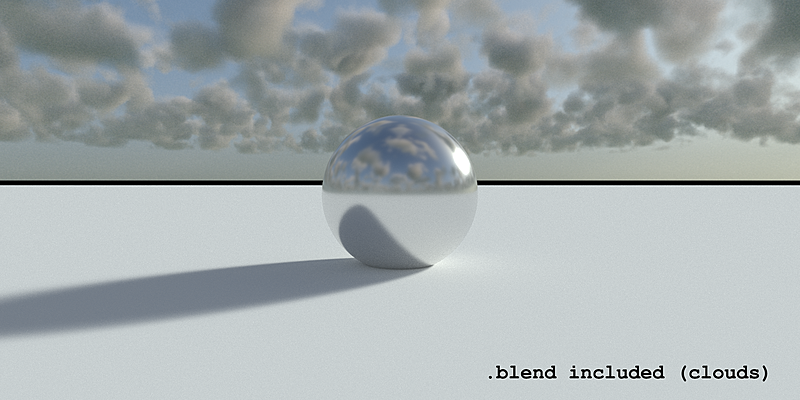 Description
Procedural texturing is a method of using mathematical operations to create a material, rather than using traditional image textures. There are many pros to using it instead of using normal image textures, but the tools necessary to do it professionally, for instance, Substance Designer, are often too expensive for us hobbyists. And on top of that, many things are just better to do in Blender. So, we have to make do. Procedural Toolkit is a pack of node-groups designed to enhance and expand your procedural texturing capabilities within Blender. It includes different kinds of noise, generators, and vector displacers to make procedural texturing easier and more comprehensible.

It should be noted this addon is aimed mainly at users newer to procedural texturing, but users should understand the basics of the node/shader editor.

Also note: The latest version of this product is meant for Blender 2.8 and all newest versions will be completely incompatible with Blender 2.7x.


What's Included?
(Note- the majority of these have customizable options that are not written here)

Vector Noise: A node that can be quickly plugged into the vector of any texture to displace the texture via a normal Noise Texture. Very handy!

Distorted Noise: A noise texture with a Vector Noise pre-applied so you don't have to. Includes a bunch of settings, so no node-group-diving necessary!

Distorted Musgrave: Essentially the same as Distorted Noise, but with a Musgrave Texture instead.

Mountain Noise: A Distorted Noise texture, rebalanced with an RGB curves node to increase the mid levels, and lower the high levels, creating a mountain-like pattern.

Grunge 1: A combination of a few other noises that creates an interesting grunge map. More like this will come.

Wave Texture 2.0: A custom, better version of Blender’s default Wave texture. It is pre-aligned with the X axis, and has more customizable options.

Radial Wave Texture 2.0: Same as above but in a radial, outwards projecting pattern.

Vector Translate: Just like it sounds, translate a vector on the X, Y, and Z axis however you like. Allows for variable input, unlike the Mapping Node.

Vector Rotate: Rotates vectors along the X, Y, or Z axis, but the ability for variable input allows for some very cool stylized effects.

Quick Normal: Quickly generates a mask via the normals of the geometry (X, Y, Z)

Spherical Gradient: Creates a high-quality spherical gradient. Awesome for making things like for instance, a volumetric atmosphere for a planet. This is better than the regular spherical gradient in Blender, as you have the option to prevent clamping.

Linear Gradient: Same as the spherical gradient. Just like the normal Gradient texture in Blender, but can go beyond 0 or 1.

Mix RGB 3: This is a work-in-progress, but still cool nonetheless. Unlike the normal Mix RGB, this allows for three channels of input (RGB), unlike the usual two (BW).

Clipping Check: The output of this visualizes any values of a texture than exceed 1 or fall below 0, and gives the option to clamp these values.

Auto Lichen: Procedurally generates a customizable lichen-like substance over any texture/shader you could desire. No more dull outdoor objects! Great for applying to trees, rocks, statues, etc. Could also be customized to create a dust or snow effect.

Edge Mask: Creates an outline of changeable width of any edge or crease.

Cavity Mask: Creates a cavity mask similar to what you would see when baking one (highlights are bright, cavities/insets are dark)

Erosion: Creates a mask based on the geometry of your mesh to create an erosion-like effect to enhance your terrain.

Blends and Premade Shaders (as seen above in image gallery)
This addon also includes a few premade .blend files and shaders. Great to examine or just to use. Note that some may have been made with earlier versions of the addon.

Requirements
A basic-intermediate knowledge of Blender's node editor and how to use it.


Updates
I plan to update this addon as much as I can, especially premade shaders and .blend files. You should expect this addon to grow quite a bit. The roadmap includes a few things, the most notable being guided tutorials.