by akaneyu in Scripts and Addons

Image Layers Node allows you to blend and combine multiple image layers. It works on Eevee or Cycles engine.

Once you put a new Image Layers Node into your node tree, you can add a new image or an existing image. You can also change the blend mode or opacity of each layer.

The interface of this node is similar to Texture Node, so it could be connected to a coordinate node or any shader nodes. 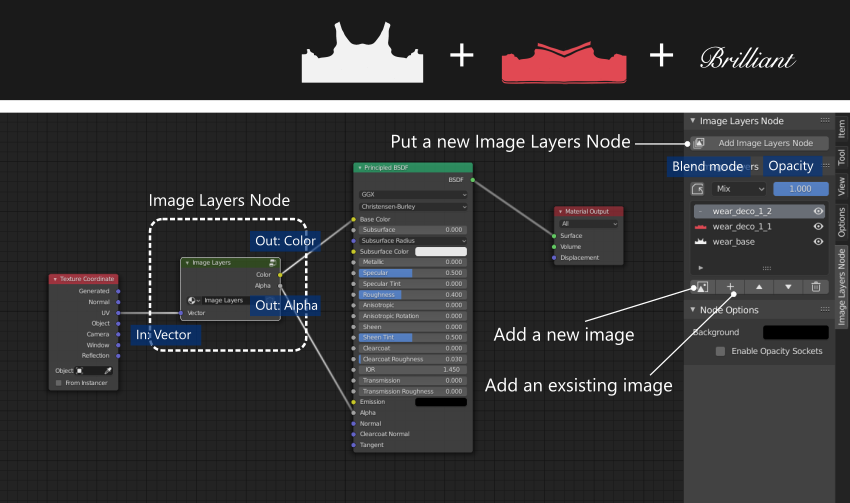 Turn the 'Enable Opacity Sockets' box on to enable this feature.

This feature also could be used for manga style animation.

Whenever you select an image layer from your layer list, you can edit it in the 3D View or UV/Image Editor.

Used with Image Editor Plus, it could help you edit your image in the UV/Image Editor! 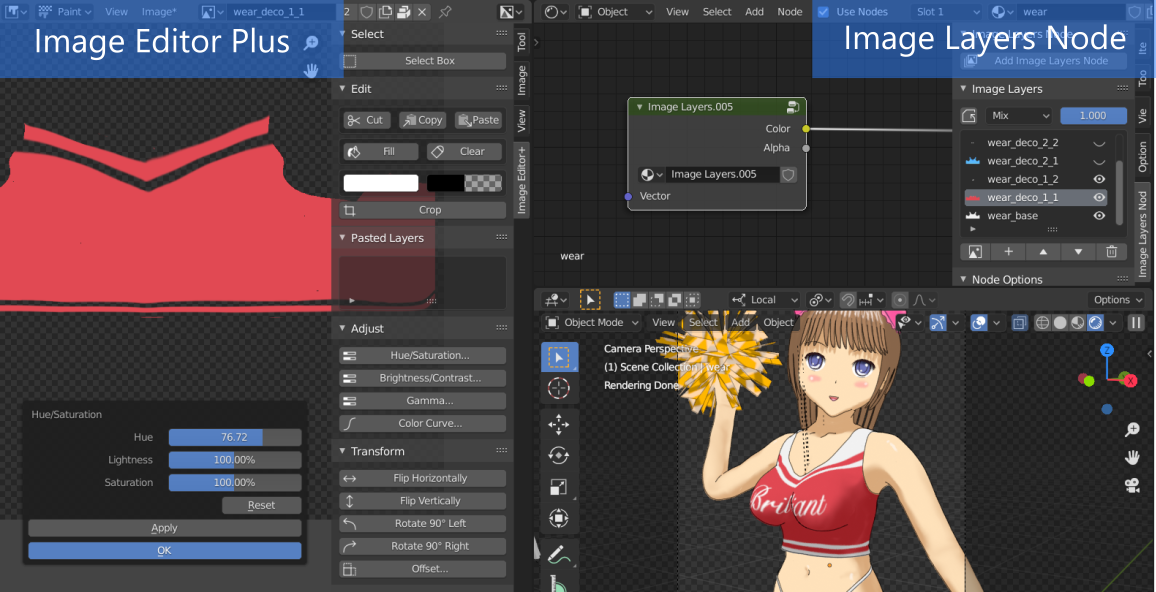