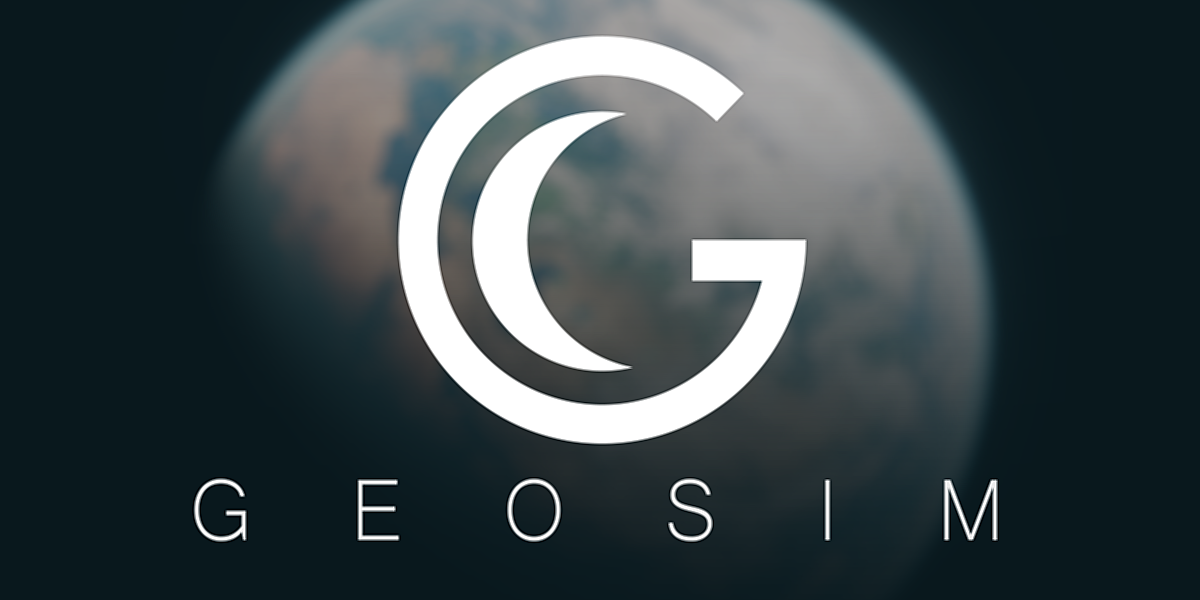 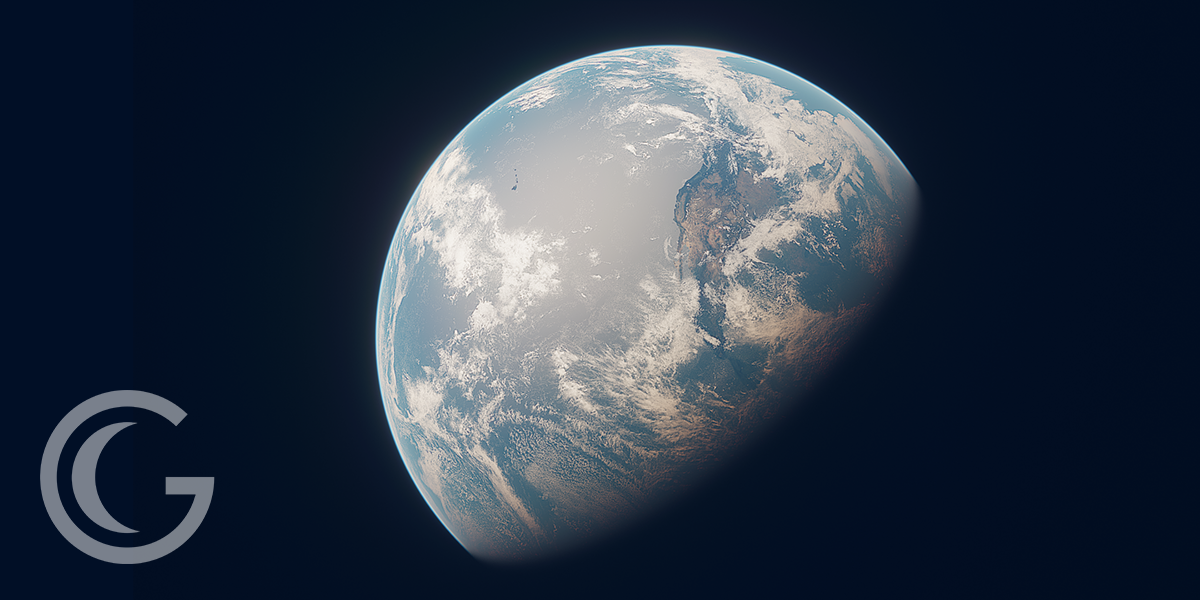 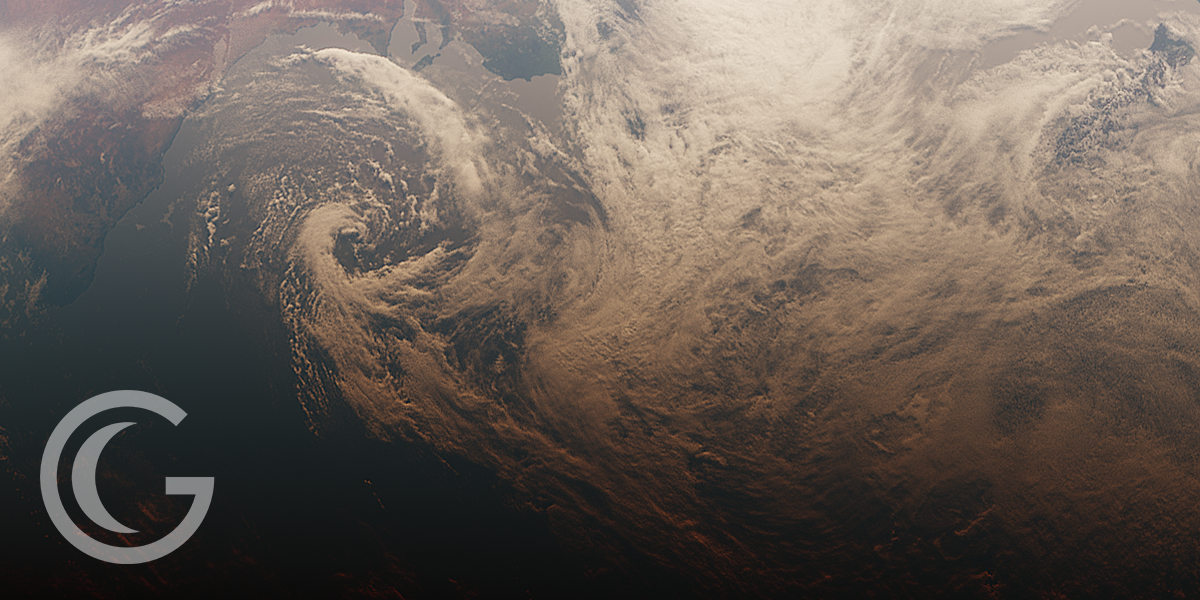 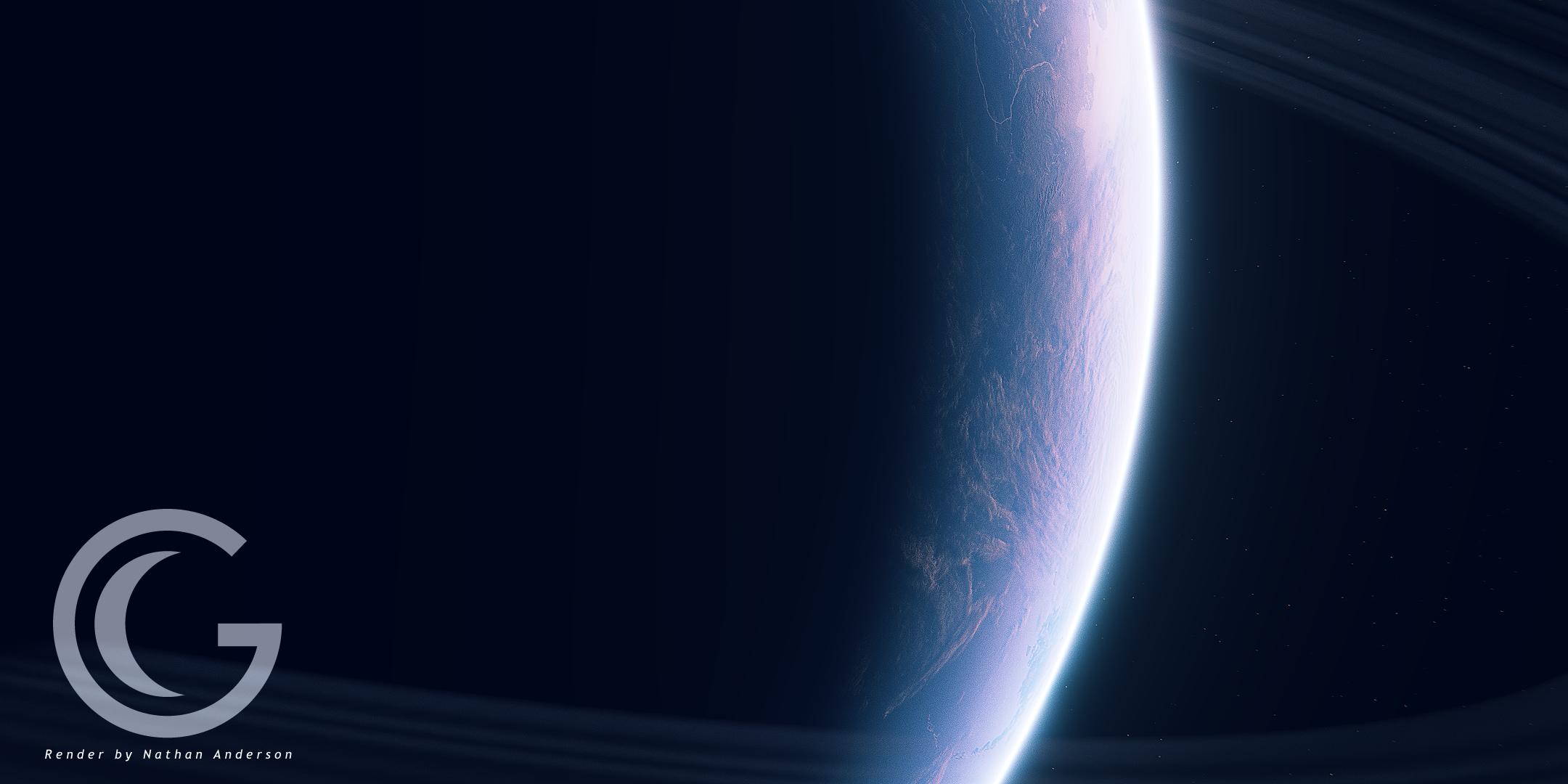 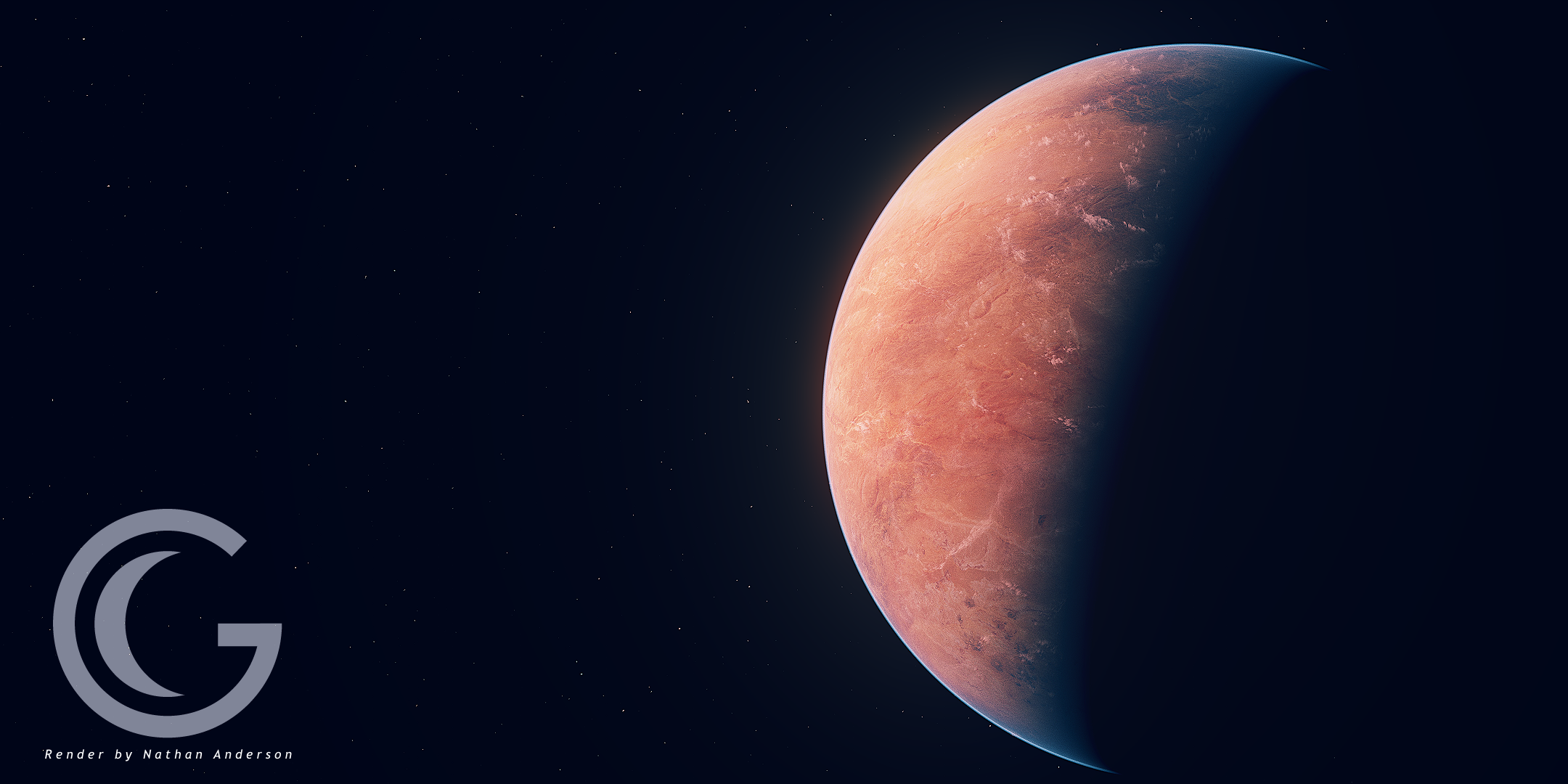 In order for me to recieve the same profit while still donating 20% to the Blender Foundation, this version is $6 more expensive than the GeoSim product on my Gumroad. If you cannot afford this version, you can access the cheaper version here.

GeoSim is an add-on which allows the creation of photorealistic, realtime, customizable planets in a matter of seconds. Combined with a robust and easy to use shader nodegroup, GeoSim is a must-have for any 3D artist looking to create space/sci-fi scenes. 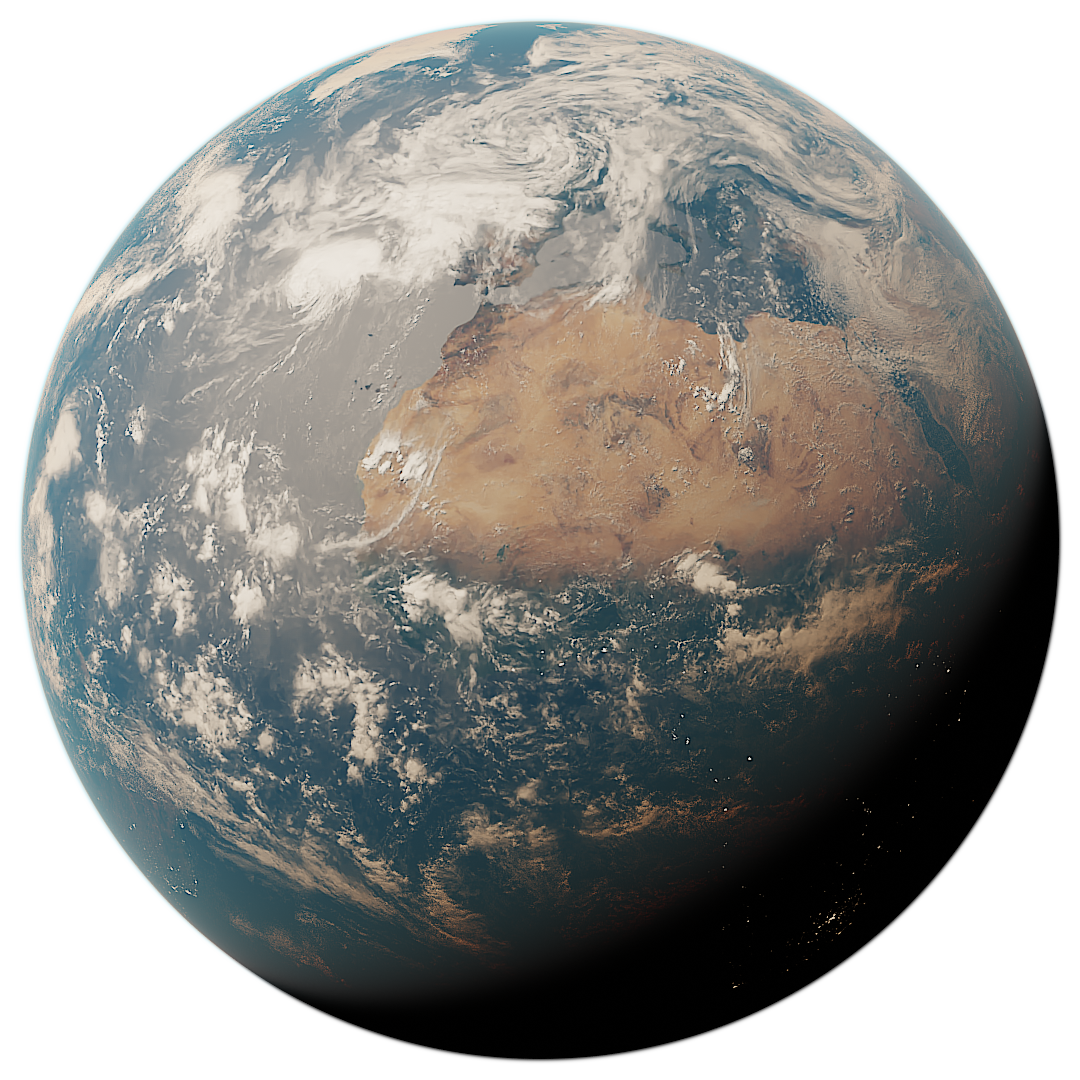 Using a multitude of advanced techniques, GeoSim can create photorealistic planetary atmospheres at a much higher quality and speed than Cycles or Eevee. Attributes such as density, thickness, and color can all be controlled with in the GeoSim shader.
- Image-based Clouds
In order to add an extra layer of realism, GeoSim includes real-time, shadow-casting clouds. Just plug in your image/procedural texture and the shader will automatically convert it into semi-3D, volumetric clouds.
- Full Texture Support
GeoSim comes fully equipped to handle all required textures, including albedo, specular, roughness, normal, and emission. All image textures can be accessed easily through
a separate nodegroup, allowing them to be modified at any
time.
For instruction on using the addon, see the documentation section.

Current Limitations/Things to note
-The planet surface does not react to light sources other than the main GeoSim sun
-Camera depth of field is not supported with GeoSim planets in the Cycles render engine
Most of these will likely be fixed in future updates!
*All future updates will be accessible to anyone who currently owns the product.