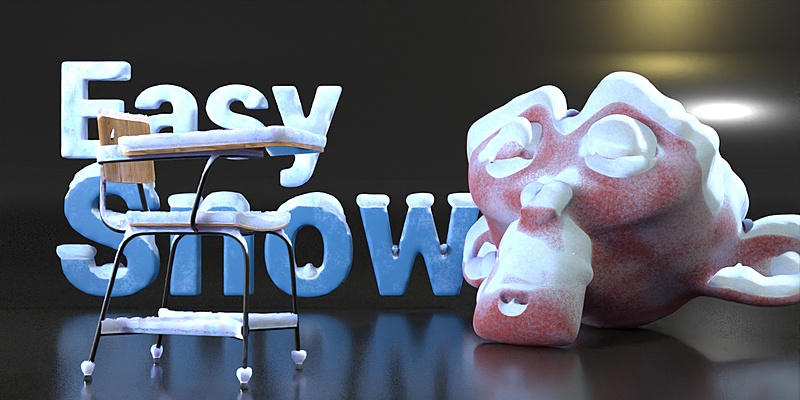 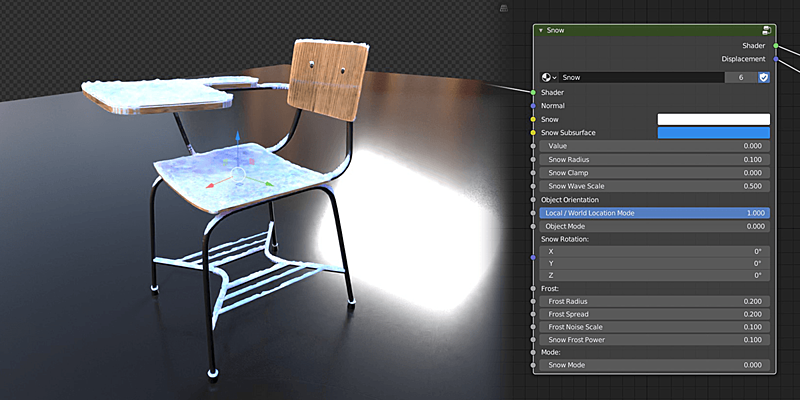 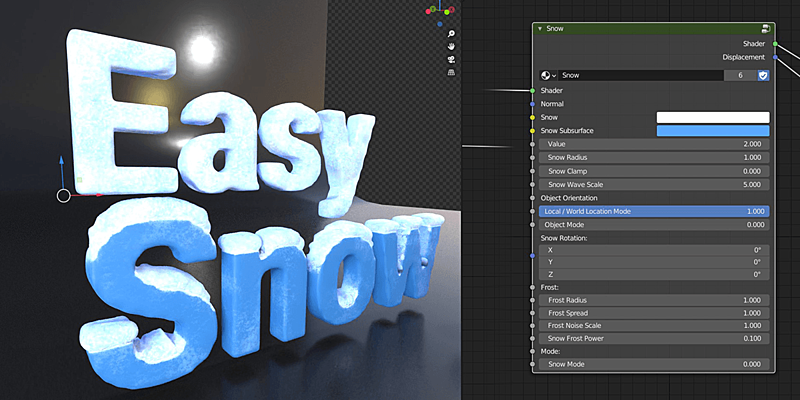 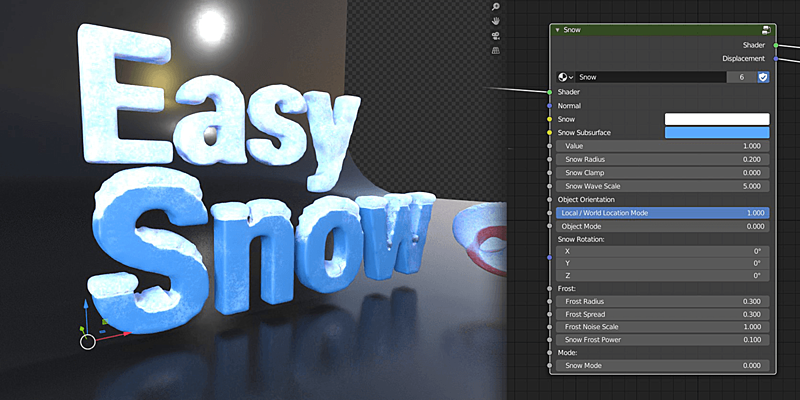 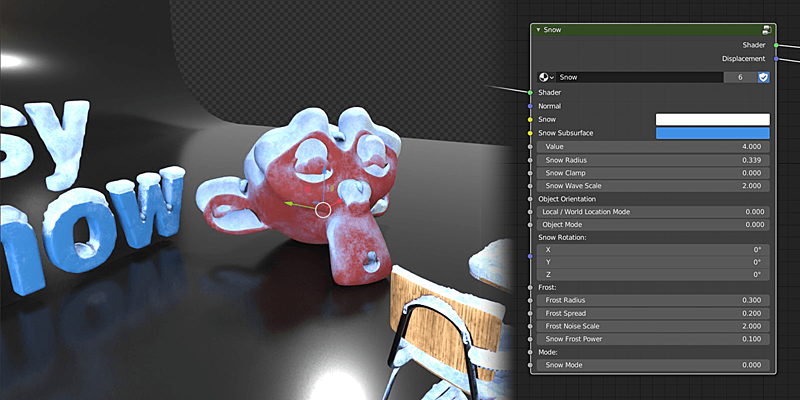 Easy snow is my group of nodes to create a quick adjustable snow effect on objects. All you have to do is to place this group between your material shader and the material output, then hook up the offset. More details in the demo video :)

Snow
The main color of the snow

Snow Subsurface
The main color of the snow subsurface

Value
A basic value that specifies the height of the snow displacement above the surface.

Snow Radius
The radius of the snow spread from the top point. Where zero is the surface strictly on top.

Snow Clamp
Sets a value between the radius value and zero. Required to better control snow.

Snow Wave Scale
The scale affects the strength of the random movement of snow over the surface. To achieve more realism.

Local / World Location Mode
Local Orientation Mode - Creates snow using the top point of the snow from the local coordinates of the object.

World Location Mode - Uses the global coordinate axis as the top point of the snow.

Object Mode
Object Mode - Takes only the topmost point of the object as a basis.

Frost Radius
The radius of the spread of snow frostbite on the object in addition to the displaced area.

Frost Spread
Controlling the spread of the effect of frostbite - the more the frostbite is more pronounced. Thus, the line between the displaced snow becomes more blurred.

Snow Frost Power
The strength of the frostbite of the snow, high values have a strong effect on the displacement of the surface on the snow and the addition of noise to it. Values below 0.1 will disable frostbite.

Snow Mode
Switching between "Normal" and "True Normal" modes is needed for debugging on some objects (if something is wrong with the snow, most likely you need to change this mode, experiment) 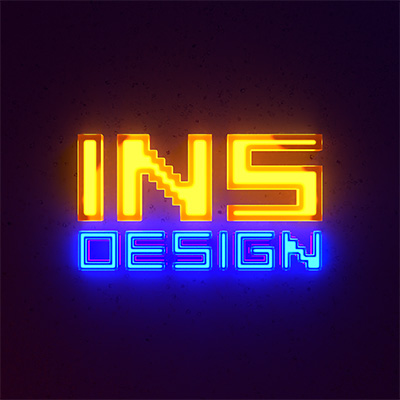