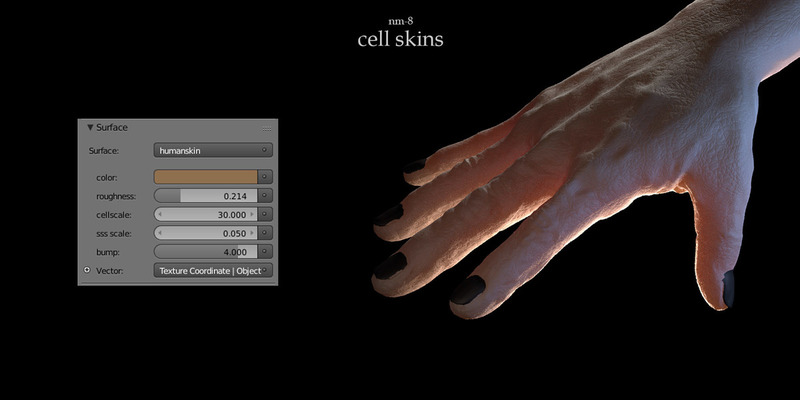 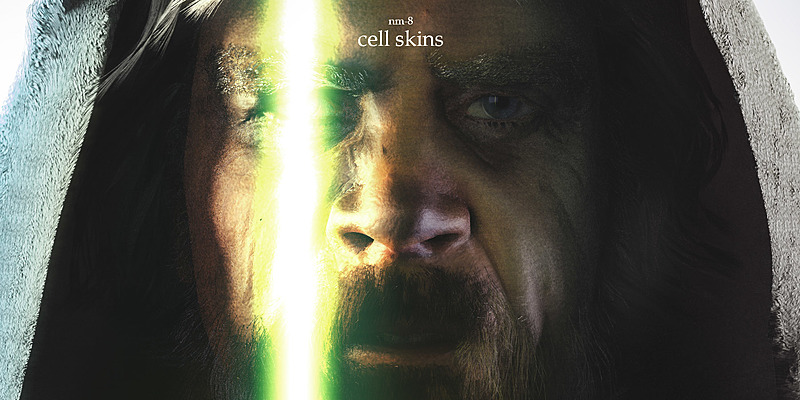 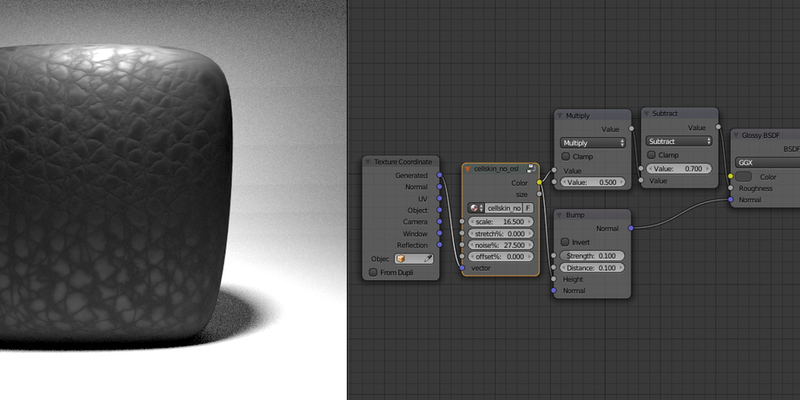 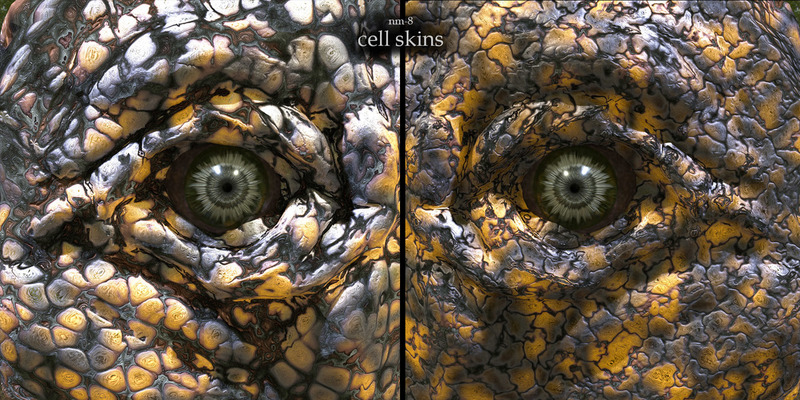 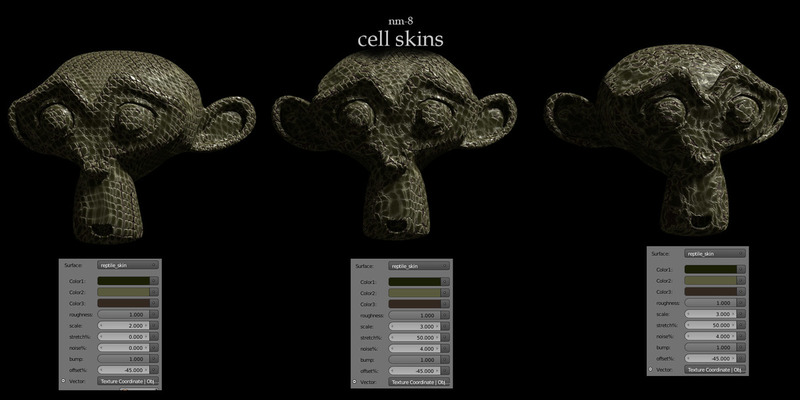 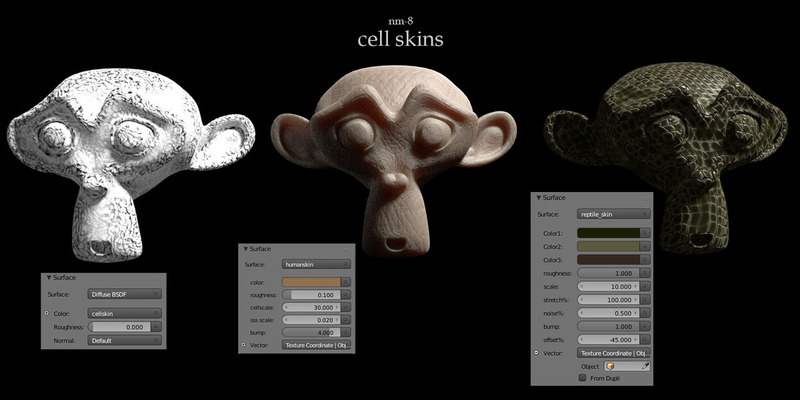 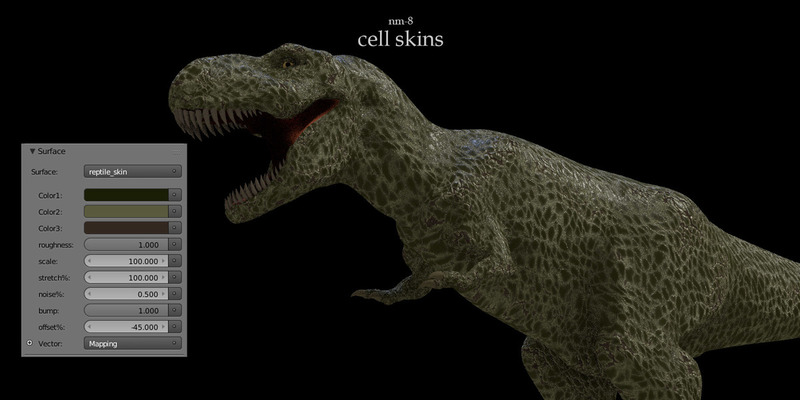 cell skins is a node and some shader examples that replicate the cell structure of skin procedurally. from human skin to reptile scales, for dinosaurs and dragons this node can be used whenever a creature is shaded.

-procedural means no texture-resolution-issues.
-it stretches according to the surfaces curvature, to achieve an organic impression.
-a humanskin-shader and a reptile shader are included as an example on how to use the node.

Why should you use this node:

skincells are hard to create with cycles nodes. doing skinbump by texture and sculpting takes a lot of time.
there are cellbased fractals in cycles (the voronoi map), but it creates more of a bubble-like pattern, which is not satisfying for skin purposes.
this node creates a cell pattern with a few clicks. So its very helpful if you work with lots of characters, but dont want to spent too much time for texturing.
the node itself outputs a greyscale texture which could be understood as the heightmap of the cells. therefore you can use it as input for color ramps of mixColor nodes to color the cells, or as height input for a bump-node.
in the reptile shader you get 3 color inpupts, which define the top, edge and gap color. they can be linked to a lowres texture or any other nodes, for further details.

the size of the cells is not static but grows and shrinks with the curvature of the surface, which makes an organic impression.